What is Ray casting?

The easiest way of thinking about ray casting, is to imagine it as a laser pointer. You shoot a completely straight ray from the laser pointer, and then you can see where on a surface you have hit.

To make ray casting more efficient, the ray actually ends completely at end position, even if this position is mid-air.

There are currently three types of ray casts in the workshop. Each has a different behaviour when it comes to return value and default return value.

The hit position ray cast is the most basic of ray casts. It simply returns the position of the laser dot on a surface, or the end position if no surface was hit. Can be used to place effects on places where the player is looking. 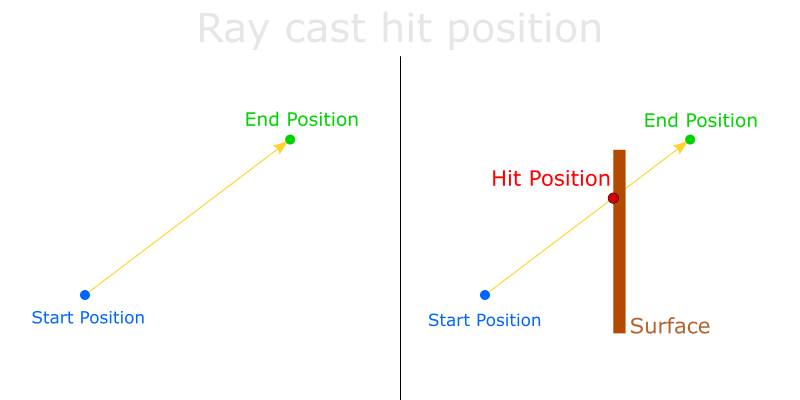 The hit player ray cast returns the player that was hit by the ray. This can be useful if you want to implement a hitscan (no travel time) ability.

The hit normal ray cast returns the normal vector of the surface that was struck.

The normal vector is just a unit-length vector that points straight out from the surface (is orthogonal to the surface). As an example, this could be used for taking into account the angle of approach for a wall jumping rule or implementing a bouncing ball. 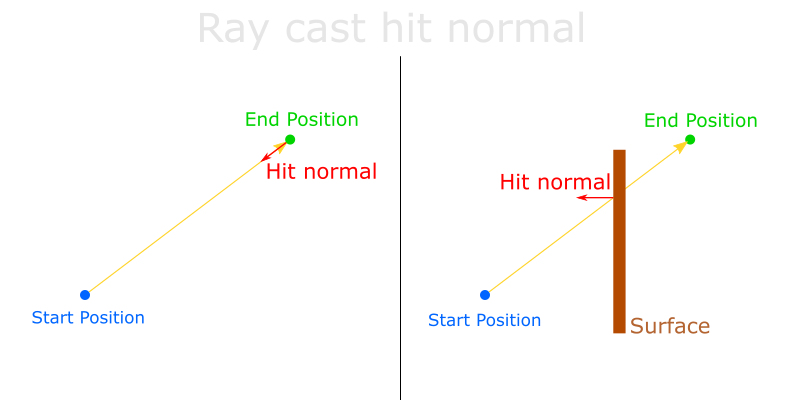