Aim Strafing Trainer allows you to practice tracking and scale the movement pattern to mimic real player movement. Everything is customizable and exposed you can change how quickly they dodge, modify heros that are spawned, change jumping frequency, simulate ability useage and so much more.

Created by Mightyy
Special thanks Bloomer for some of the ideas 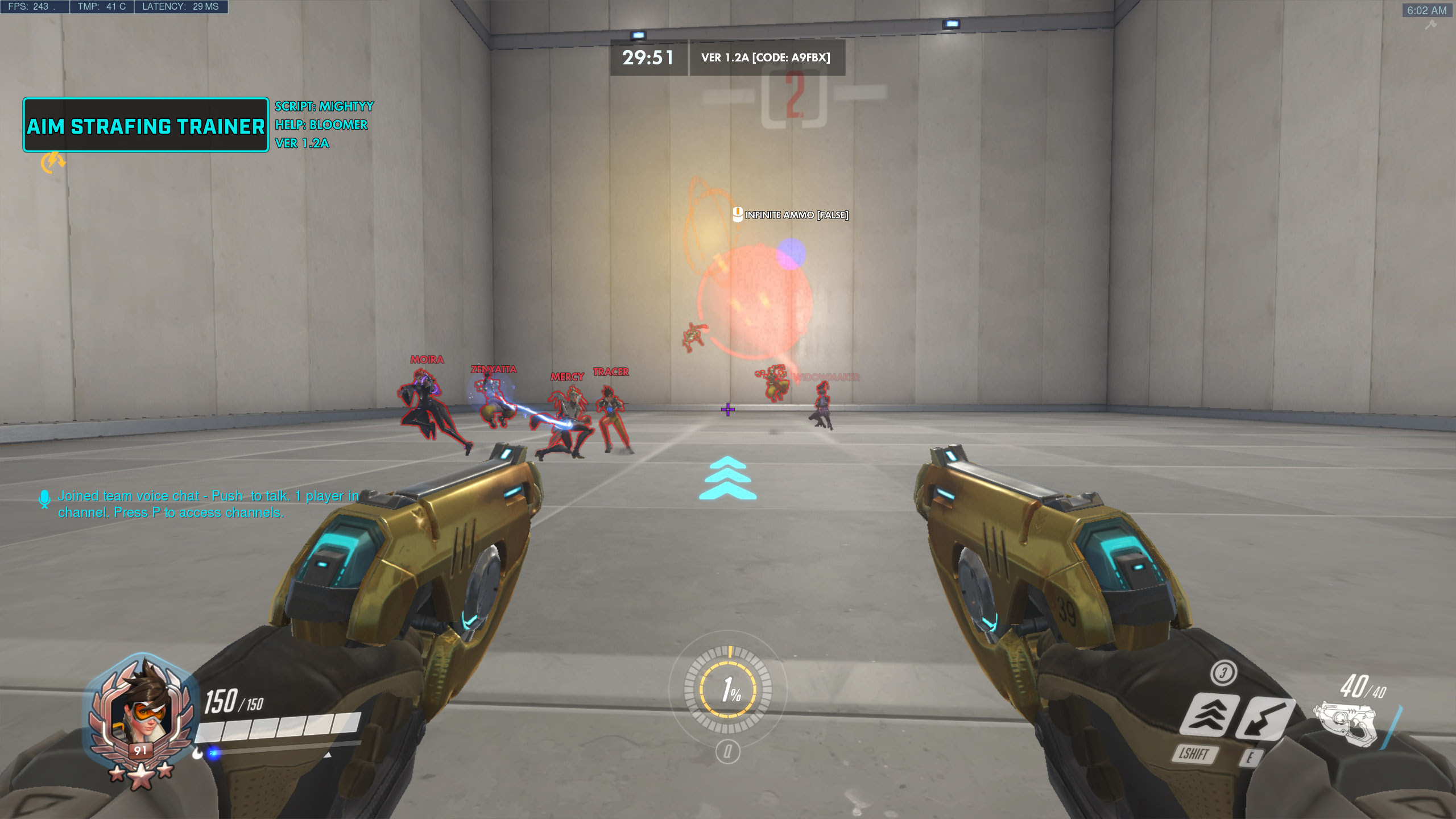 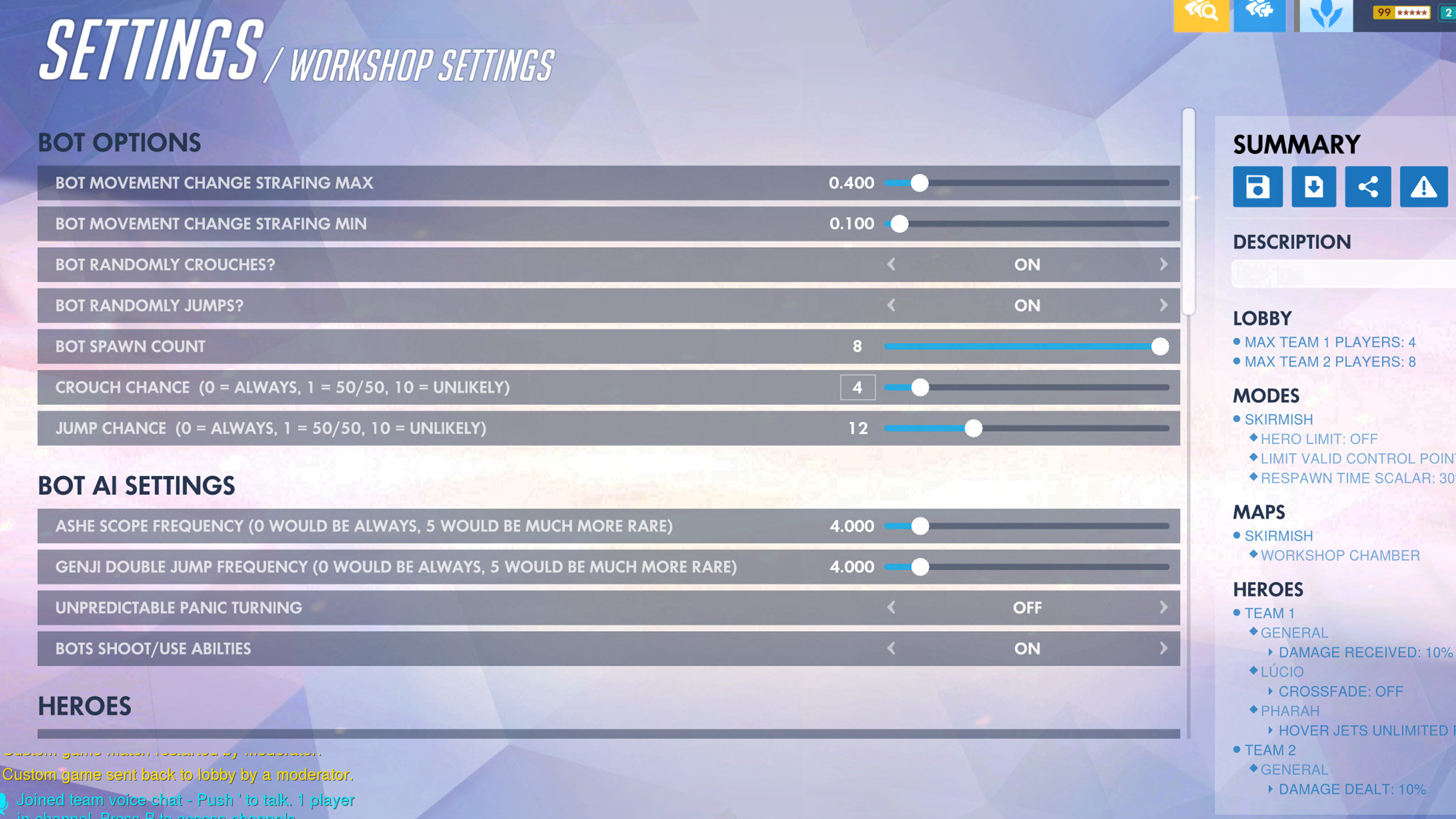 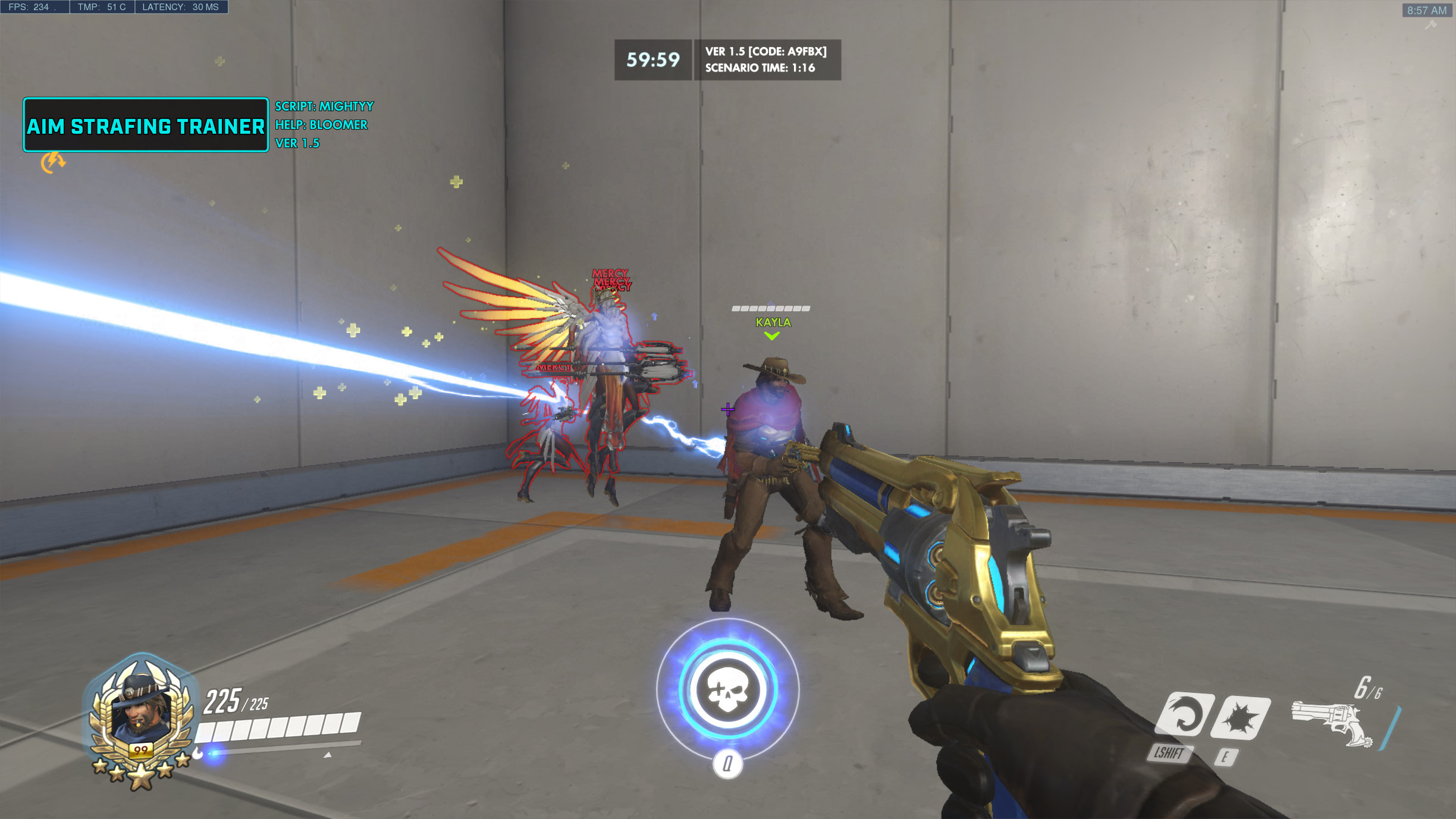 A new small update has been released. You can now modify the base movement speed of the bots.

I've been busy working on my own standalone game aim trainer for Steam, but I thought I'd toss a few extra changes onto this code to improve it again... I think these changes will improve the gameplay in queue.

-Added a new Interaction in Map Change Hero
You can change your hero much easier now not many players knew that "I need healing" activated hero select, so It's much easier now by pressing interact onto the "Change Hero" sphere in the level.

Added a new Interaction in Map Give Nano Boost

Press "Interact" on Give Nano Boost sphere to instantly grant nano boost from a friendly AI. This was a highly requested feature.

Added a new Interaction in Map Spawn Mercy Pocket
Press "Interact" on Spawn Mercy Pocket sphere to spawn a friendly mercy servant. Pressing it again will destroy the mercy incase you get bored of having a damage boost.