With the release of Overwatch 2 preview versions, active development of this mode has ended.

With the next season of Overwatch League being played in an early build of Overwatch 2, Overwatch League teams are looking to hold tryouts in an Overwatch 2-like environment. While some teams have chosen to simply reduce the lobby to 5v5, the Paris Eternal reached out to Elo Hell Workshops to update the SVB Overwatch 2 Workshop. Working closely with the Paris Eternal, Elo Hell Workshops developers have implemented several new changes to the original mode that you can see below!

The original project was created with the help of notable community figures, such as EeveeA and Bogur, working alongside over eight Workshop developers. Several of those developers returned to continue updating the project into what you see today!

This edit of SVB's Overwatch 2 Patch, made on behalf of the Paris Eternal, was made possible by the Elo Hell Workshops Discord. Join today at workshop.codes/discord.

Edits on behalf of 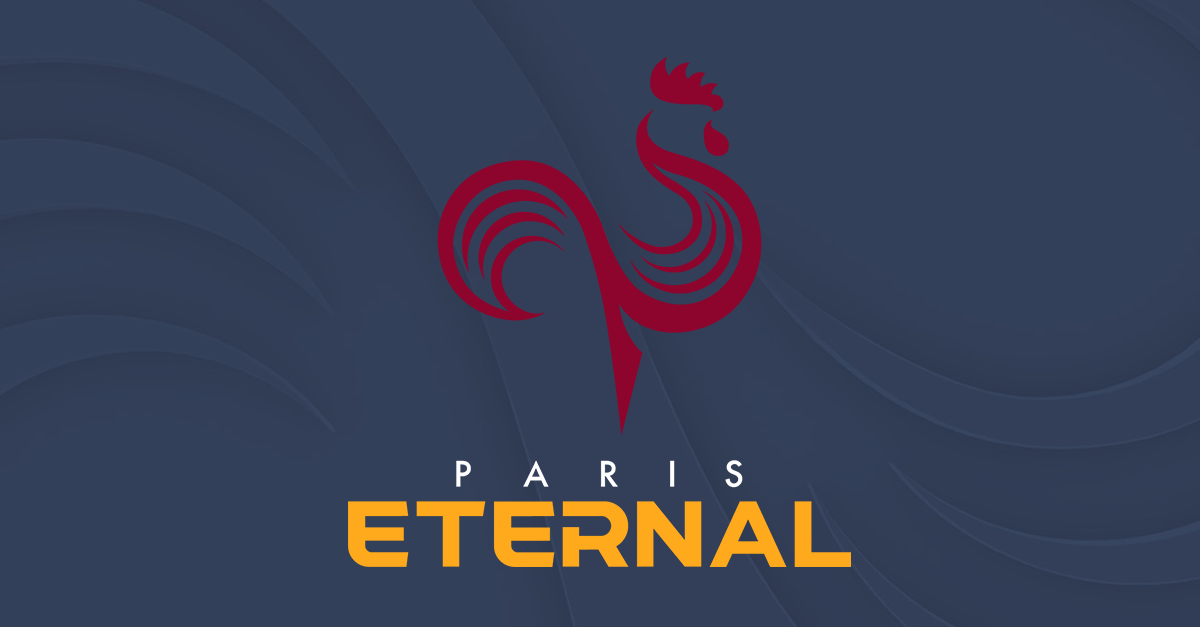 As this is an edit of the original SVB Overwatch 2 patch, some of the developer comments will be left over from that patch. We worked closely with the Paris Eternal to fix bugs and implement features that they felt made the most sense for the upcoming Overwatch 2 5v5 environment. Some features from the original patch were removed due to being too annoying, too clunky, or otherwise being unsuitable for a more competitive environment.

Please note that, as of time of writing, this mode, its developers, Elo Hell, Elo Hell Workshops, and Workshop.codes are not officially associated with Overwatch League. The patch notes below are relative to the current retail (live) patch of Overwatch 1 (as of 2021-10-22). With all that said, enjoy!

This brings D.Va's defense matrix back to the full strength it was when it was eating up entire Soldier ults. Let’s see if this alone is enough to make her feel competent as a solo tank, though I suspect not.

Orisa is already a lot more ‘brawly’ than she ever was but this is an attempt to take her all the way. Gallop should be both fun and a little silly, the way OW abilities are meant to be.

Note: I wanted it to take one ally along potentially as well, but that was proving tricky in the Workshop.

The details we know about Rein so far suggest the devs have given his changes the most thought. He may need more help as a solo tank but we wanted to see him tested first in these PUGs before buffing him.

This set of changes is more or less a faithful recreation of Overwatch 2 Reinhardt as we've seen him. Do note that, due to Workshop limitations, Reinhardt's power steering does not actually increase the turning speed of Reinhardt's facing direction. This may result in Reinhardt's charge feeling harder to control.

Roadhog could easily take over in a 5v5 situation with less shields around (we even saw this in the OW2 stream), so these changes seek to shift the power of Breather towards being more of a team-utility ability. At the moment, it allows Roadhog to go for some crazy plays and get out without punishment but now Hog will have to think harder before taking that risk.

We're also reducing the displacement power of Whole Hog, as well as increasing its cost, to avoid making tanking too frustrating.

In the interest of leaning away from shields, Sigma's Experimental barrier has been replaced by a new ability we're calling Gravitic Lift.

Sigma and his teammates will be able to use this ability to access high ground reliably, and the ability also fits his gravity-styled kit much better.

Bogur humbly requested an extra 50HP and that was more than fair. We want to see how sniper Monke plays and then decide if he needs more help.

Wrecking Ball is the first tank you think of as an obvious beneficiary of a more DPS/Deathmatch-y style Overwatch so perhaps that alone will be enough to make him fit right again in the OW tank roster.

In early playtests, Zarya has been a bit of a monster who can keep charge very easily. Still, we want to keep her bubbles coming relatively quickly so that she has some form of protection so to balance, we have reduced her damage, since we cannot reduce how much 'charge' she gains per bubble, which would have been the better way.

Note: At the moment, the Workshop does not allow Zarya to use two ally bubbles at the same time - you have to wait for the first one to disappear before you can apply a second barrier.

Ashe could end up being too strong but I don’t wanna play around with numbers just yet. I’ve started with a nerf to B.O.B. ult charge and also reducing her knockback to help a little with closing distance on her.

To complete work for this patch in time for Paris Eternal's tryouts, we decided not to include the Bastion rework as showcased during Overwatch League Grand Finals. However, it will certainly be included in a future patch!

Fan The Hammer is ridiculous right now and the 25 extra HP has everyone mad. I think these changes should allow Cassidy to still be strong in good hands but remove some of the more frustrating elements of going up against him (i.e. flash into fan).

Doom is weak but when Doom is strong, no one has fun. Mostly, I think the one-shot burst damage is what feels the worst. So punch is now non-lethal to most characters and instead can be used more for mobility. To compensate, his primary fire does more now and his ult is more lethal.

Echo is strong, so just a few minor tweaks to maybe bring her more in line with other DPS.

Please also note that the Echo ultimate charge nerf is not intentional, but until a fix is found, the change is being noted here to avoid confusion.

Our boy Genji could use some love so this brings him back to his brief ‘Genji meta’ state without the obnoxiousness of the nanoblade that was building every 60 seconds. This should make him not a blade-bot.

Note: I wanted to reduce his recovery rate of fire a bit more but that’s not possible in the Workshop.

Reverse falloff damage felt much worse than expected, but we also wanted to avoid allowing Hanzo to be good at every single range. Thus, we've decided to nerf Hanzo's long range spam potential, while keeping his lethality at short to medium ranges acceptably high.

We also wanted to experiment with having a limited amount of ammo on Hanzo, so we added a quiver system wherein Hanzo must refill his quiver (reload) after firing 12 shots.

I don’t know Junkrat well enough to make too many changes to him. This was one that was suggested.

Unfortunately, the previous Icing ability which replaced Mei's primary fire was causing too much client-side rendering lag to warrant keeping in, as fun as it was. We've instead opted to remove the slow and freeze from Mei's primary fire, while bumping its damage by 20%. Avalanche was not causing rendering lag, however, and was decently fun anyways, so we kept it in.

The Shadowstep into backline, then wraith if in trouble is a little too strong and allows Reaper to just make stupid plays and then rinse-repeat. This should make him just that little bit more careful about his backline adventures.

This was a nice QoL change from the April Fool’s patch. Does he need more? I don’t think so tbh.

A big change, so may be controversial, but: Hack cannot stay as it is. OW2 is moving away from CCs and things that stop people from playing their hero. So, I’ve tried to make Hack less of a “hack ‘em and they’re useless now” and more of a targeted silence, which works well in MOBAs. The 2 seconds can still be plenty if you’re targeting someone down specifically and now that it can be executed more consistently, Sombra can use it tactically to interrupt things.

Developer comment: Per Paris Eternal's request, the hack duration was lowered to 1 second.

Sym feels clunky at the moment and barriers need to go so this is an attempt to make her feel more cool and unique. TP can be more dynamic this way & the light clone is wacky fun imo.

What do we do with Torb? We wanted to give him a grapple specifically to his turret but he has the max number of abilities already.

Role Passive: Regenerates health at 10 HP/S after 2 seconds of not taking damage

The devs clearly are adamant about immortality staying as an ability that gives immortality. They’ve obviously considered all the damage reduction ideas… well how about a cast time? It still has the power of ‘immortality’ but now requires foresight and gamesense to get value out of.

The Overwatch 2 gameplay we've seen so far shows that Brigitte's Shield Bash no longer stuns players in exchange for dealing more damage. We wanted to try something different: keeping the ability for Shield Bash to interrupt channeled abilities while making it less annoying to get caught near a Brigitte. To compensate for this change, we've increased the range of Shield Bash and increased its damage to offer Brigitte more mobility and survivability in an environment with less protection in the form of a second tank.

This is a dynamic little change that’s aimed at encouraging your average Lúcio players to wallride more and master the skill. It also gives a bit of scalability to Lúcio - the good ones can now get more output out of him where sometimes he feels a bit weak when not being part of a Rush comp (which will be much weaker in OW2).

Shoutout to EeveeA for the Angelic Blessing change. I wanted to incorporate more ideas she’s suggested on Mercy but they were not possible to do in the Workshop. The change we’ve added on top is beam degeneration which aims at disincentivizing hard pocket Mercy playstyles, which is what most people dislike about playing against her.

In keeping with a past Experimental patch, we wanted to see what a true debuff cleanse might look like in the world of 5v5. Please note that the current radius is probably smaller than you might expect (2 meters), so unlike the Experimental patch, it is not feasible to save large amounts of your team unless they are very close to the Moira. Moira players should need to make decisions about which allies to cleanse with this change.

Will he able to frag more or will he be even more squishy? Need to try him and see. We have given him a 50HP ‘mini-shield’ which appears in front of him when he is charging his right-click. It might give him a tiny bit more of an edge when fighting flankers.