Originally designed as an adaptation of Destiny 2's Control and Iron Banner gamemodes for Overwatch, Conquest is a fast-paced arcade-style team deathmatch. Team fight to control 3 zones, which grant more points per kill. Should a team cap all 3 points, a Power Play will ensue, locking down all the zones and freeing the advantaged team to chase down kills. Supports teams of any size, so grab your friends and game on!

Found a bug? Submit a report

Two teams fight to control 3 zones and earn kills. Fully capturing a zone yields 1 point, and kills have a base value of 1 point. However, the more zones a team controls, the more valuable each kill is. Should a team capture all 3 zones, a Power Play will trigger. During a Power Play, all zones are locked, freeing the advantaged team to chase down kills. First team to reach 100 points wins! 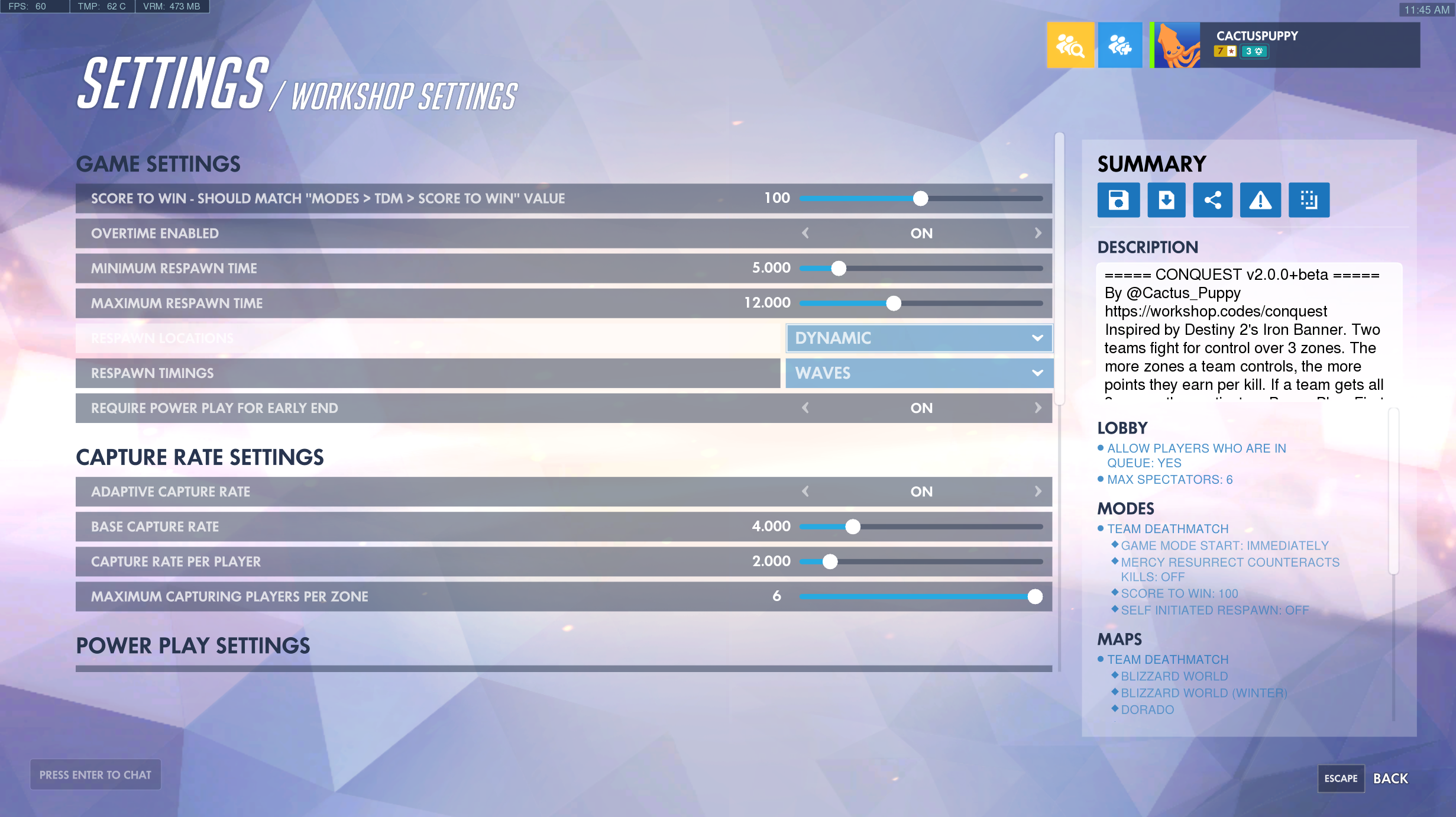