Inspired from the game - Quantum League.

Quantum Clash is a Time Paradox 1v1 Duel, where you will play in 3 different time loops of yourself, in an attempt to desync your opponent and win the objective.

You will play through 3 time loops of yourself.
A clone will replay your actions in the previous loops.

At the end of the Final Loop, you need to have at least one of your Synced Clone standing in the objective, uncontested.

These are the playable heroes in the game, with their Damage and Ammo stated.
Headshots deal x2 damage.

Hold down your [Ability 1] button to sprint.
Fire will appear around the player to show that they are sprinting.
Sprinting makes the player move at +50% speed.
However, they can't reload or shoot while sprinting.
There is a 0.15s recovery time after they stopped sprinting.

1 is my binding for Ability 1, it will show whatever your binding is

If you die, you get Dsynced from the timeline.
Hacked Aura will appear around your clones to show that they are desynced.
Desynced enemies are invisible to you.
Desynced players cannot deal damage, cannot contest objectives, and have Phased out.

Health Packs restore you to full health.
Health Packs also resync Desynced Players back to the timeline.
They can be picked up even at full health, so you can use this strategy to deny an enemy from resyncing.
However, once they have been picked up, they will be gone for the rest of the current loop. 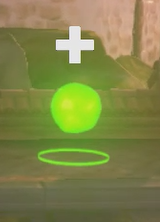 Objectives are the Orange spheres with an Aqua-coloured flag icon. 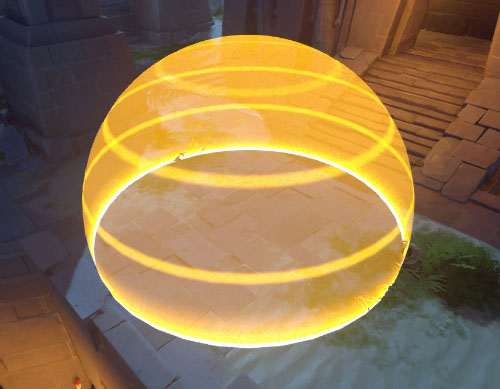 This HUD at the top will show you how many Synced Clones are on the objective currently.

To score, you need to have at least one of your clones standing in the objective by the end of the Final loop, without any enemy clones contesting.

Overtime triggers if, at the end of the Final Loop, there are enemy clones contesting the objective, or no one in the objective.
You cannot change heroes in Overtime, you will reuse heroes you have used in the previous loops.
Your position, facing direction, current health, and current ammo will be set to where they were when the previous Final Loop ended.
These aura shows where players will spawn in the upcoming loops. 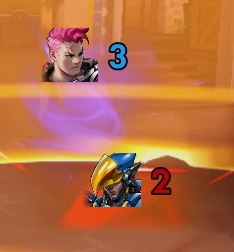 Special thanks to Deathcraft for actively helping out with the testing of this workshop during the development process.

Join my Workshop Discord group for updates, suggestions, feedback and bug reports! Just click on the picture below.