This time, I decided to take my gamemode a bit more on the "minigame" route than anything else, and on this path, I invented Bomb Bop! Bomb Bop is a fun gamemode to play with a group of friends when you get bored of competitive(because we are waiting for 2-2-2) and ensures that you have a fun time.

All players are dropped into a shrinking arena, and every 10 seconds a random player is selected to hold the bomb. The players name and hero will be displayed at the top of the screen next to the bomb timer. This player can melee others to pass the bomb on to them. At the end of the 10 seconds, the bomb holder will be killed in a violent explosion and points will be deducted. At 2 minutes and 30 seconds, if there are more than 6 players, 2 bombs will be dealt out at the same time. Also, when this time is reached, the detonation time is lowered from 10 seconds to 5 seconds. The player at the end closest to a score of 0 wins(because you can only lose points)! 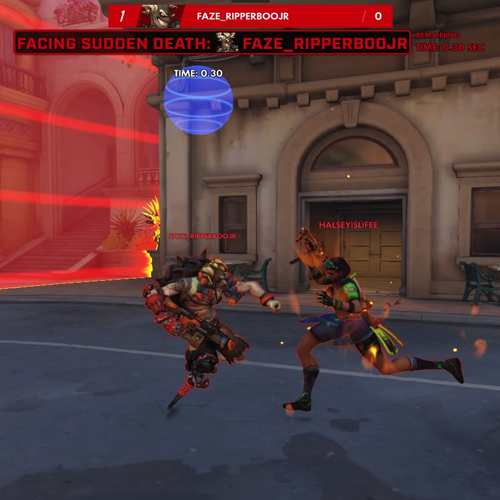 There will be more coming for my gamemode VERY soon. Join my discord in order to keep up with the updates and try out my other gamemodes!