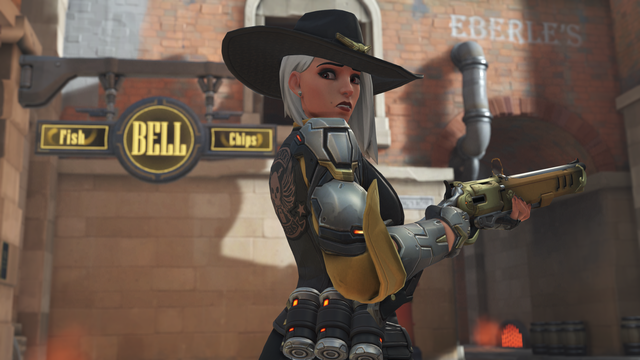 The classic 'If I See You Move You Die' with a bunch of features. Made from scratch by TNT.

Up to 2 Seekers and 6 Runners. Runners win if they capture all the objectives without being killed by the Seekers. Seekers win if they kill all the Runners, or if the time runs out. Seekers can only kill Runners that they have seen moving within the last 10 seconds. Elimination maps feature a single objective in Seeker spawn. Skirmish maps feature several objectives that can be captured in any order.

In this version, it is always possible for the Runners to win due to runner protection, anti-camp, auto-victory and other features. Seekers will have to try their best to stop the Runners, as opposed to 'giving the Runners room to move' like in other versions. In this version, there is no such thing as 'unfair play'. Runners are dangerous and fast, but they are on the clock. Hero abilities are enhanced and customized to fit the game mode. Team play is very awarding.

Extreme bot mode (you will not survive)

All horizontal movement - including teleports - count as moving.

Resurrect counts as moving for both Mercy and resurrected player until animation is complete.

Seekers are blinded by status effects (Hacked, Knocked Down, Asleep, Frozen, Rooted or Stunned). Effects will clearly indicate the blinded status for both Runners and Seekers.

Seekers are unable to see through barriers or transparent surfaces.

Emotes are not detected as movement.

Playing with a third-person POV (like Hammond roll), you will only detect movement if you would so in first person.

If a Seeker attacks a Runner that they have not seen moving, the Seeker will be teleported back to Runner spawn and rooted for a few seconds.

Runners (and only Runners) will be notified if they move within a Seeker's field of view. From that point on, the observing Seeker has 10 seconds to kill that Runner, and will be marked by an exclamation mark for that Runner. Note that Seekers will never be notified, and must rely soley on what they see.

Blind Seekers are marked with a purple effect.

'Invisible' Runners are marked with a purple effect.

Seekers that have recently seen you moving are marked with an exclamation mark.

If a Seeker has watched a Runner for more than 6 seconds in the last 30 seconds, the Seeker will be teleported back to Runner spawn and rooted for a few seconds.

Whenever a Seeker starts watching a Runner, the counter will increment by 1 second no matter how long they watch.

Anti-camp will not trigger if the Runner being watched has been spotted.

If the Runners capture all the objectives (in any order), they turn Invincible, and the Seekers inevitably die.

The mode is compatible with all skirmish maps that are not already among the elimination maps. Elimination maps work as before with a single objective to capture in Seeker spawn. Skirmish maps have several objectives that can be captured in any order. They also have have a custom assembly and setup phase, a longer round duration, different player scoring (1p per capture, 3p per seeker kill), possibility to purchase respawn with 3p, and possibility to play with Seeker bots.

Skirmish maps have a new bot mode, allowing Seeker bots. Bot mode will automatically activate when Seeker bots are detected. Seeker bots will respect the rules, and will never attack unless they have seen you move. However, they are immune to wrongful attack penalties from AOE (though this damage will not kill you). If they accidentally move you with an ability, they will kill you, so dont clump up. Some bots are better than others, so try mixing it up. Beware that these bots have hawk eyes, and will never let you get away with moving in their sight (if you are spotted, you better run for it). Bots also have a custom anti-camp penalty: They will respawn in their own spawn room, as opposed to being teleported to runner spawn.

How to play with bots:
Show lobby -> Add AI -> Recommended -> Hard difficulty -> Team 1.
You can also add one at the time if you want to choose hero for each bot.
Change heroes between rounds to keep it interesting:
Show lobby -> Right click bot -> Remove all bots.
You need to be fast adding new bots; if there are no players on either team when the round starts, the team with spawned players will win. Note: It does not work to edit a spawned bot.

The host can enable 'Extreme bot mode' by holding melee + reload for 2 seconds. This features faster and more dangerous Seeker bots for those wanting a challenge. Try McCree and Soldier here. You will not survive.

All heroes are enabled.

Status-effects lasts for 3 sec, and Seekers are blinded.

All knockback is increased.

Endothermic Darts: Each tick of damage slows and ultimately freezes Seekers in place for 3 sec.

Nano Boost: 3 sec knockout and knockback on anyone coming near the Nano Boosted played for the entire duration. Requires line of sight. Range is indicated by an effect.

Coach Gun: High knockback on self and enemy.

This bot will launch you to the moon.

Barrier: Does not reduce movement speed.

Self Destruct: High knockback. Invisible during use.

Wall Ride and Crossfade do not affect Lúcio's movement speed.

Crossfade: Speed up teammates, allowing them to catch up.

Resurrect: Counts as moving for both Mercy and resurrected player until animation is complete.

Rockets: High knockback on self and enemy.

Concussive Blast: High knockback on self and enemy.

Barrier: Does not reduce movement speed.

Gravitic Flux: 3 sec knockout. Lifts and pushes enemies away, then slams them back down.

Very high ultimate generation from combat, but no passive generation.

As a Seeker, you don't want to go anywhere near Winston.

Bubble: Movement speed boost for the duration. This is a barrier.

Volley of Destruction (three rapid hits): 3 sec knockout and knockback. Melee can be one of the hits.

Many Seeker heroes have balance changes to limit mobility and altitude.

Some abilities are disabled for Seekers to prevent them from interfering with movement detection.

Zenyatta and Sigma emit a constant sound to all nearby Runners (no footsteps).