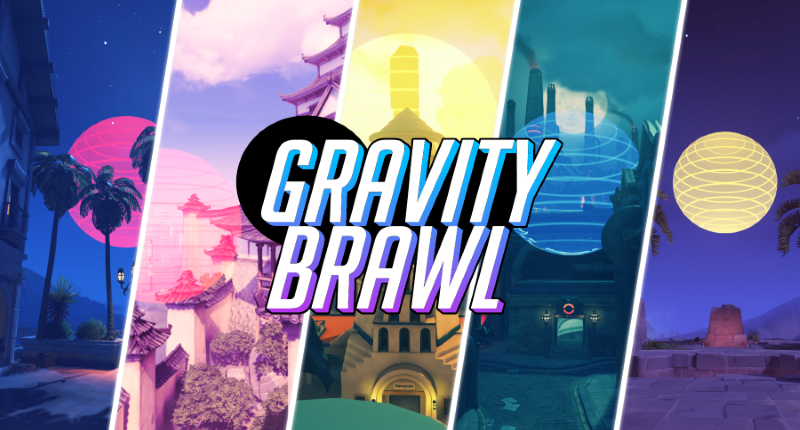 Gravity Brawl is a game mode intended for FFA, where a sphere pulls in each player, with a force that gradually increases throughout the match.

Some heroes have traits that differ from their vanilla versions:

Bastion can Boost while in Sentry form to aid his vulnerability.

Sombra's Hack and EMP can not only disable abilities, but also prevent players from using their Boost ability.

Symmetra can teleport and Boost at the same time to attack or escape from players using multiple angles.

Mercy's playstyle has been adjusted by giving her the Boost with the shortest cooldown in the game, use it to stay midair.

Orisa's Fortify grants a speed and weight increase to aid her survivability.

Zarya's Particle Barrier grants a speed and weight increase to give her a more solo playstyle.