This game mode is played 5v5 with the regular arcade rule set but has an additional resource system called Energy and a different class system. This game mode also features shrinking and growing mechanics that are central to some of the classes. In addition all heroes have been reworked to fit their new class roles. Have fun exploring what they do and their crazy abilities!

Please send me a comment if you tried out the mode and let me know what you think :-)

Discord, for discussion and organizing lobbies can be found here:
https://discord.gg/NHxvB5TQWn 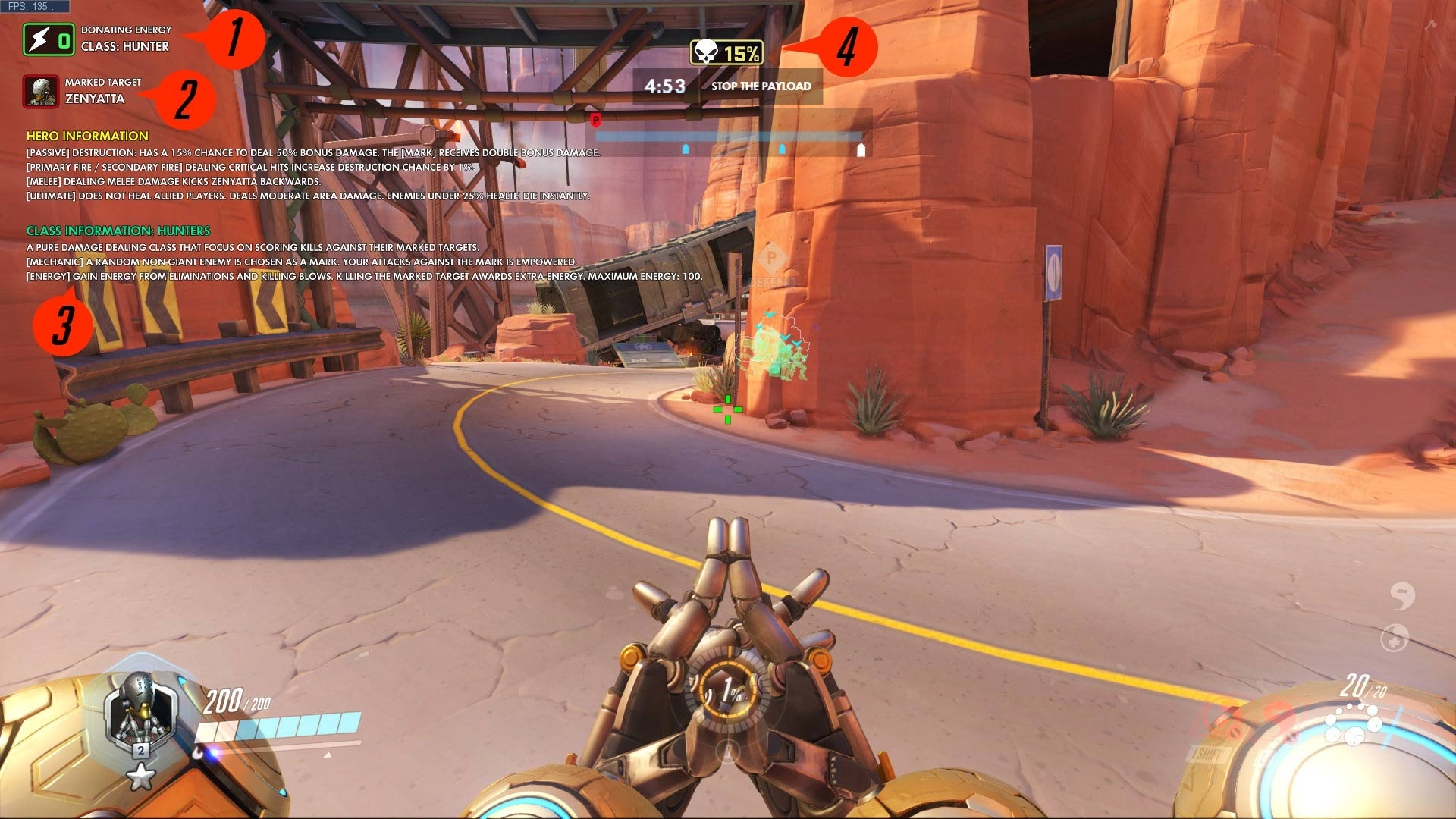 Below is a detailed description for nerds.

The heroes are divided between 5 different classes. Giant, Anti Giant, Hunter, Shrinker and Support. Each team can have at most one giant, but may pick and choose freely among the other classes. The game mode is designed to provide incentive to create a team composition that includes one of each class but there are no restrictions other than the limit on Giants. Another noteworthy change is that the number of barriers in the game has been reduced and that only Giants may use barrier skills. Sources of healing has also been reduced and is mainly provided by Support heroes but some Shrinker heroes may also have access to limited off-healing.

Each team can have at most one Giant. This class plays like an overpowered and agressive tank. The objective is for each player to gather energy and donate it to their team's Giant. Doing so the Giant can use the energy to power up and become even bigger and more lethal. Giants starts at 125% size and can grow up to 400% size for a limited duration using energy.
Maximum energy is 400.

Trample
Once a Giant has grown oversized it may trample enemies that are less than half their size by walking close to them. The damage dealt is based on the size difference. If the size difference is greater than 4 the trampled will be knocked down.

Deployed to keep the enemy giants in check. They possess multiple abilities that pose a great threat to giants and know how to attack their weak points. They are on the other hand weaker versus all other classes.

The hunter is all about bringing the damage and securing kills. A successful hunter will bring in a lot of energy to their team by going after their marked targets as they gain bonus energy and have more efficient attacks against them. As a giant never can be chosen as the marked target a hunter is incentivised to prioritize their mark over shooting giants.

The Shrinkers have abilities that weaken the enemy team by shrinking their non-giant players or draining/leeching their energy (effectively reducing the speed at which they gather energy to their team's giant). Shrinking a player will force it to choose between fighting in a smaller state with reduced power or find an opportunity to burn its hard earned energy to grow back to size. If a shrunken player is killed the cost of growing back will be withdrawn before respawning, which means no energy will be saved if the player choose not to grow back. Insufficient energy will not prevent respawning at full size.

Critical Trample
A player that has been shrunk to 25% size or less may be trampled by any full sized enemy hero and receive critical damage. The damage is based on player size.

The backbone of the team. Supports through healing and/or buffing team members. Are often in one way or the other able to grow shrunken members back to size.

If you just want to try out the mode for yourself and bots I would suggest the following team compositions:

It is recommended to choose a hero of the class that you are replacing so that all classes are represented but it is not strictly necessary.