Console uses toggle crouch by default, which causes the player to continuously merge and unmerge until they untoggle crouch. This version has reversed most of the crouch and interact controls, so console players won't be confused and have to figure this out on their own when trying to play it for the first time. 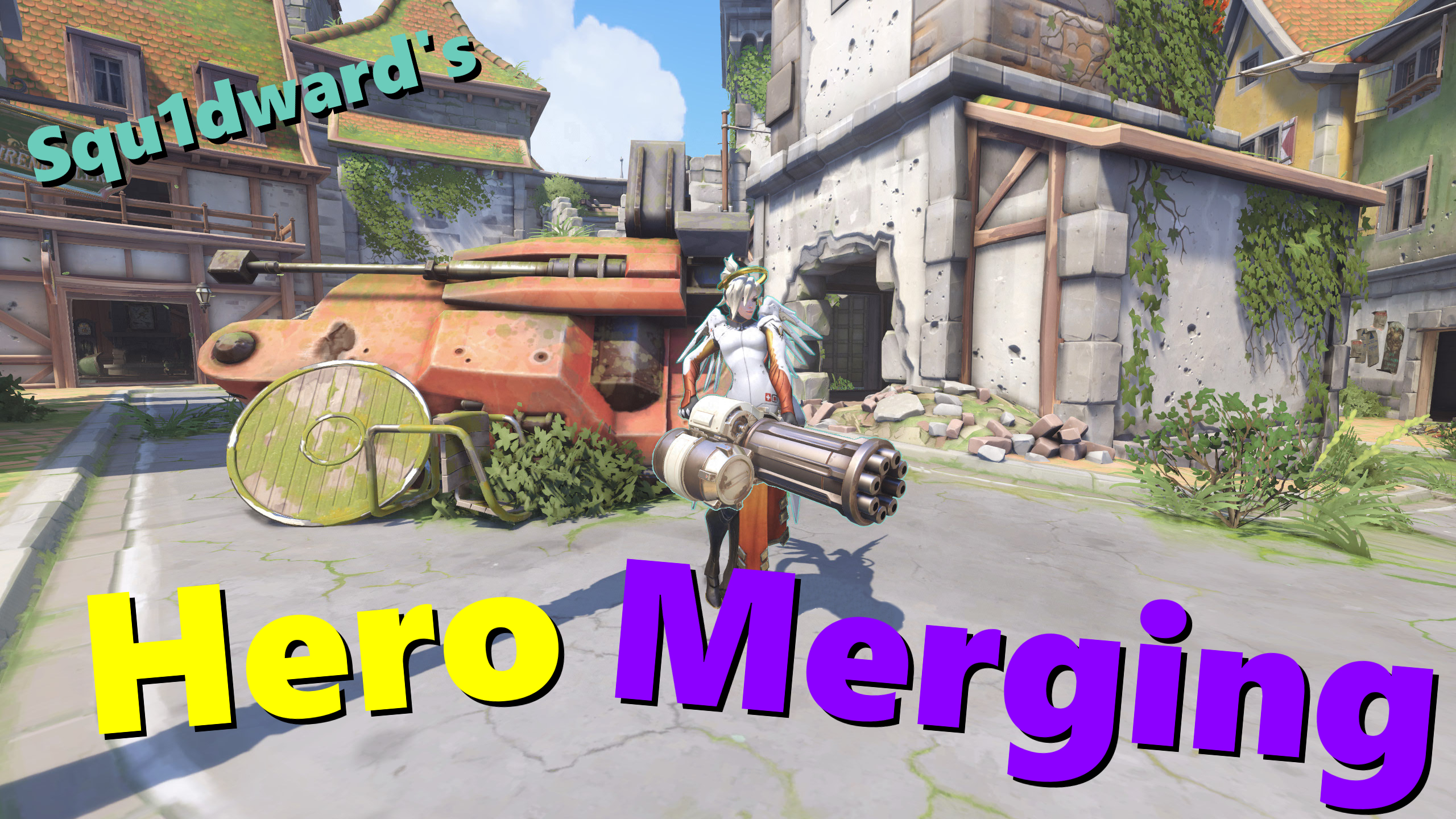 In this mode pressing interact next to a teammate will allow you to merge with them. Merged heroes are controlled by all the players merged with them and have all of the abilities of the heroes merged with them, but only appear as one hero. When merged with another hero using an ability or attacking reveals your hero in the merged hero for a few seconds in the form of a hero icon.

Crowd controls such as stuns or hack will apply to everyone in the merged hero. Sombra's stealth will also be interrupted if anyone in the merged hero attacks or uses an ability. Most movement abilities will work while merged with a few exceptions that are difficult to detect such as Hanzo's Lunge and Brigitte's Shield Bash that may be added in the future. Holding interact for 3 seconds while not merged with anyone will disable merged movement abilities in case someone thinks it's funny to blink you off the map every time you spawn.

If the camera bugs crouching while merged will fix it. Players merged with other heroes are in 3rd person, because the 1st person camera is blocked by the visible base hero. The 3rd person reticle is accurate in this mode. The console version can't access the 1st person camera because of the same toggle crouch issue that makes players merge and unmerge repeatedly with the regular settings. It's blocked by the base hero anyways.

It sounds a little complicated with this description, but it really isn't. Just walk over to the nearest teammate and press interact while looking at them until something happens. It's fairly intuitive once you see it working.

This game has a few Workshop settings that you can change by setting Global Variables A, B, and C to either a different number or true depending on which setting it is in the rule labeled "Settings in this rule" followed by explanations of the settings.

Global Variable B, HealthMergingEnabled in the settings, is the Health Merging setting. When Health Merging is enabled the health of all the heroes merged is combined on the base hero. Likewise, everyone merged separates with 1 hp when the base player runs out of their combined health. This can get a little out of hand without merge limits, so you may want to consider setting a merge limit before using Health Merging.

Global Variable C, RandomSettingsEnabled in the settings, is the random setting. This will automatically set the other settings to randomly preconfigured versions of Hero Merging at the start of each game with a message describing the settings when you spawn. The random setting will override the preselected merge limit and Health Merging settings