E to use a Bomb (or a screenclear, whatever word suits you)

It is recommended that in this mode, you turn off voiceline audio and subtitles.

Cons: Have to be directly below the enemy to hit them 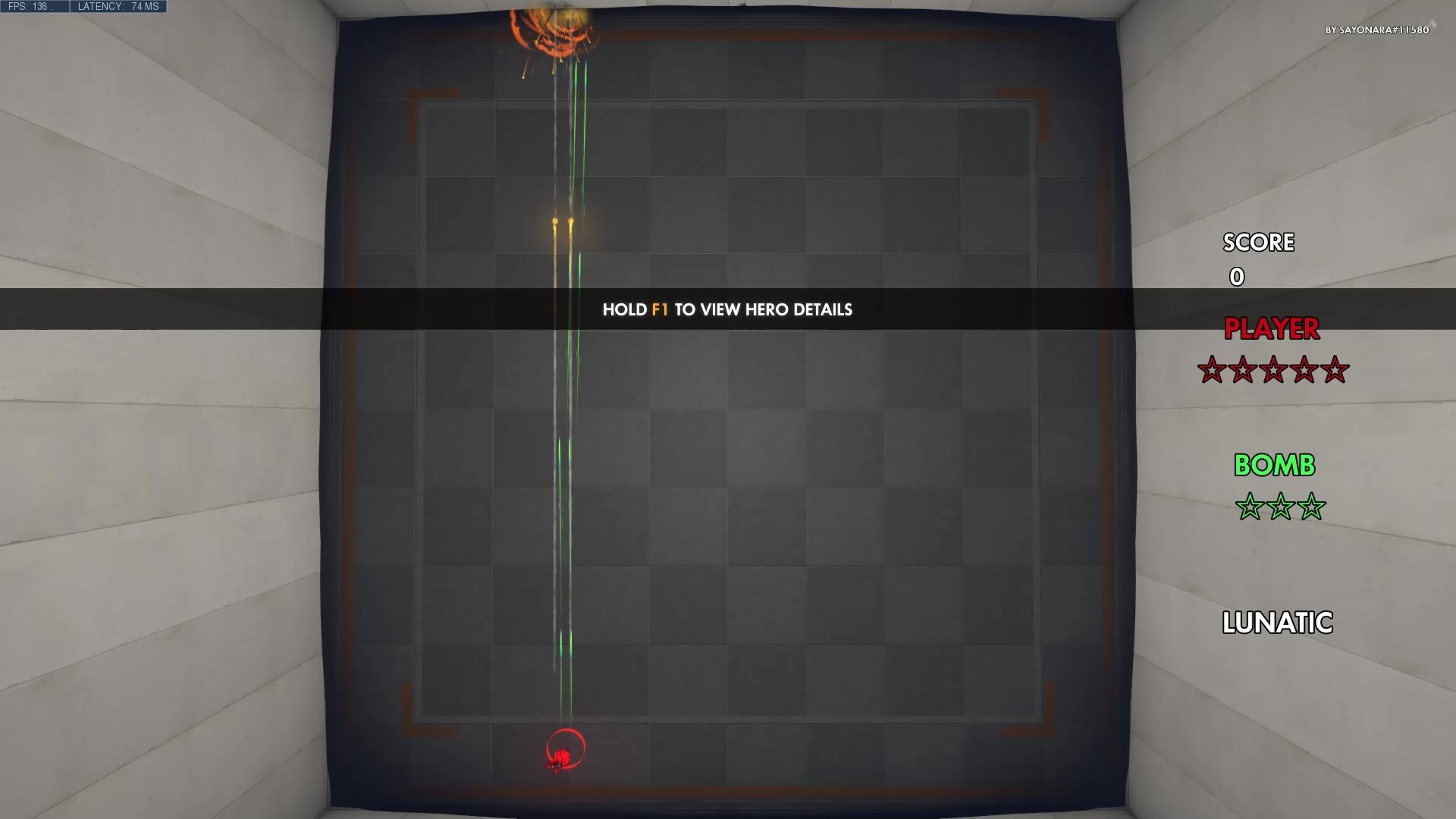 Pros: You dont have to stand directly beneath the enemy

Cons: Slower than mercy
Less Damage compared to mercy
Have to be near the enemy 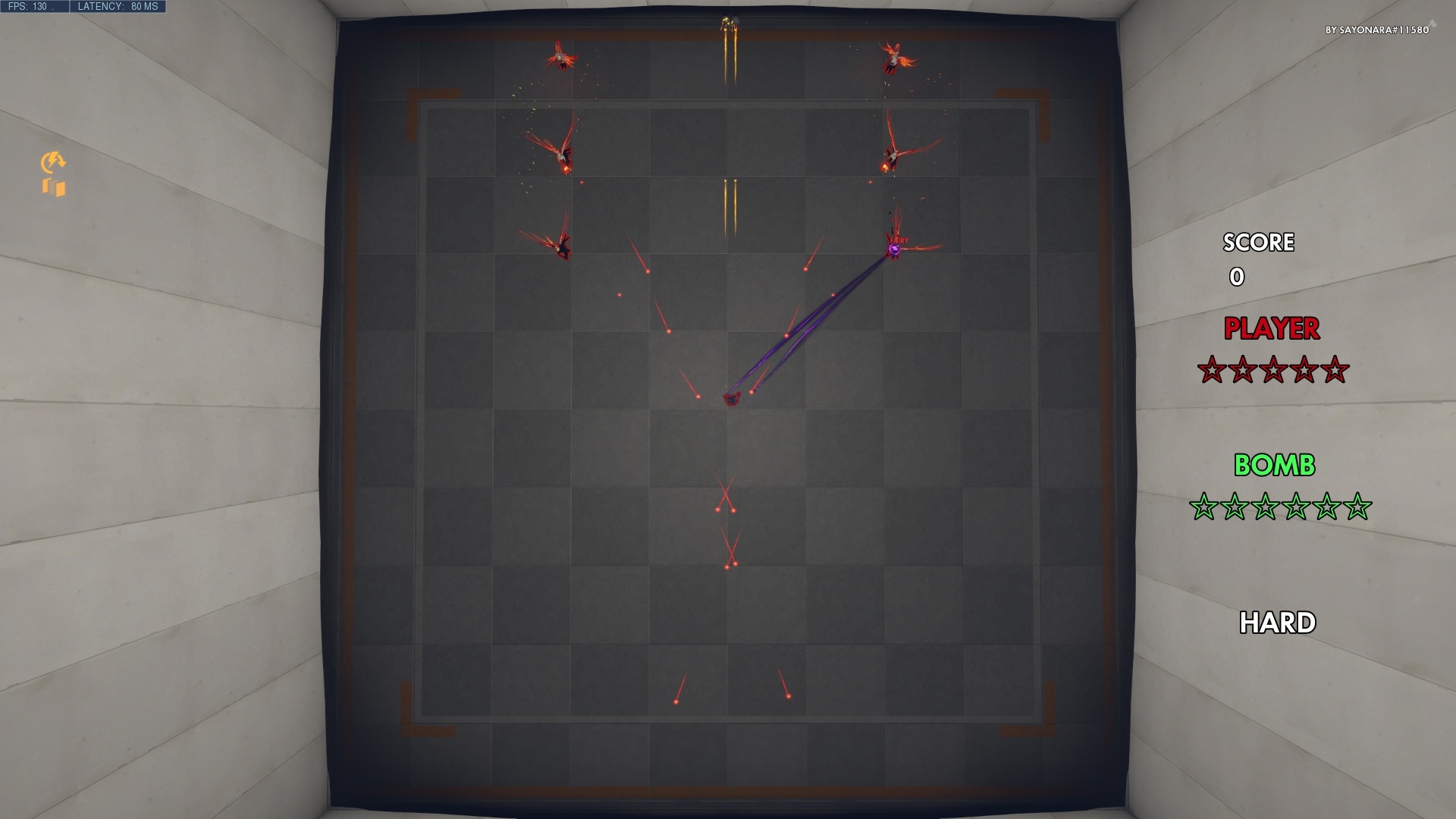 Mercy is hard to play but probably better if you learn how to play her, while moira is a beginner choice if you are playing for the first time or something

The game was designed to be mostly faithful to Touhou, so I added in a scoring system.

Scoring
Ways to obtain score are:

Killing enemies in the stage portion.
Beating a spell will give you score depending on how fast you did it based on the spell bonus, the spell bonus decreases rapidly and you can see it right below the spell name
Beating the game on Hard and Lunatic difficulties gives you some bonus score.

There is no actual use for score, it is just for showing off

There are 4 difficulties in the mode. You can change these in the workshop settings:

Easy mode: Not challenging at all.
Normal mode: Slightly challenging.
Hard mode: The recommended difficulty.
Lunatic mode: This difficulty is a joke. If you play this with low lives then you will want to smash your computer.

The recommended difficulties are Hard and Lunatic. If you are not experienced then you can change your lives in the workshop settings to be more.

These are activated using Ability 2 (E by default). They make you immortal and also use some lasers because lasers are cool.
The bomb itself doesnt do damage, however you can still fire during it to rack up damage to the boss.
The bomb also erases all bullets on screen, however that only includes projectiles and not things such as lasers. 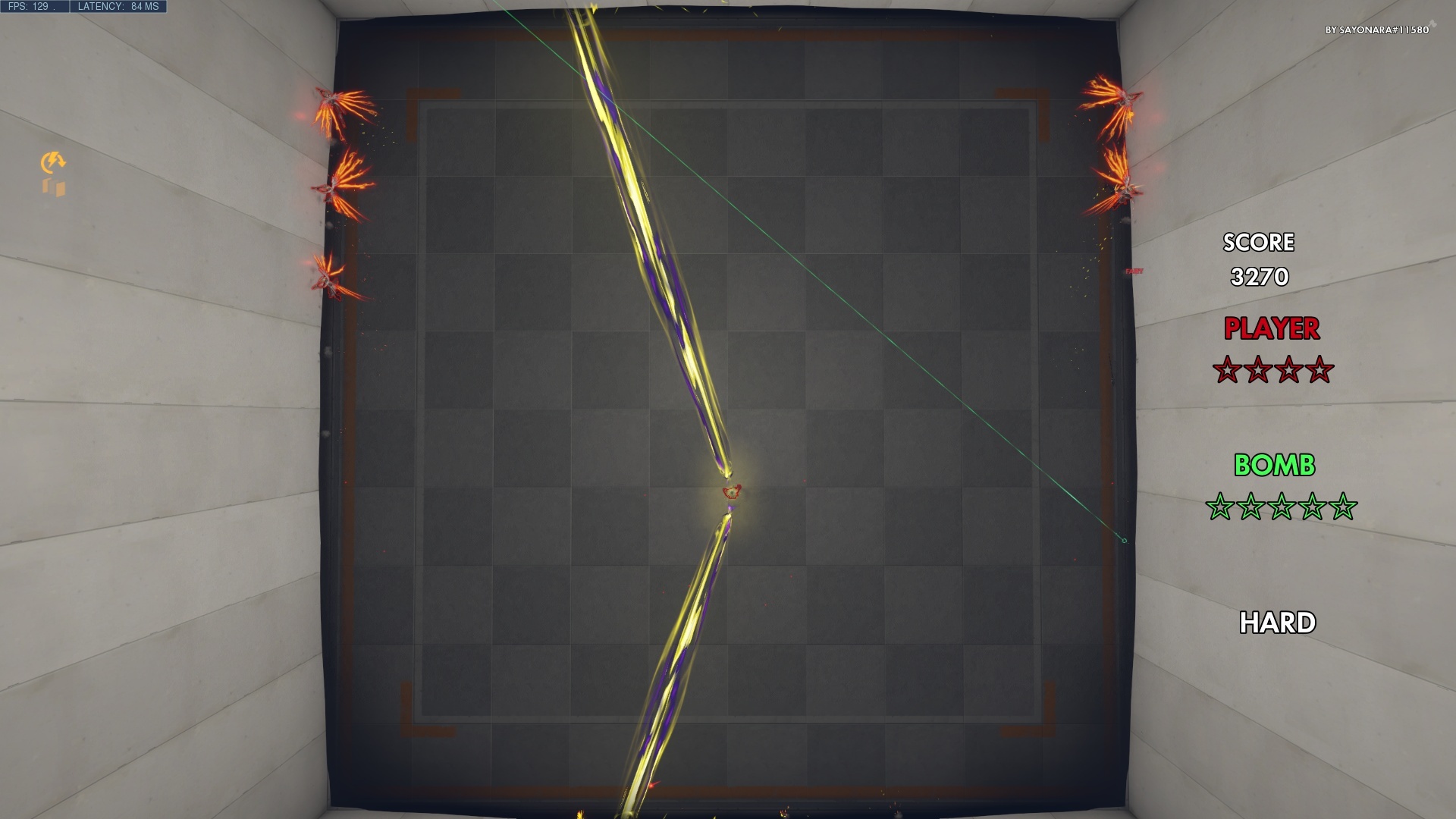 After the short stage portion, you will fight the boss. The boss attacks are of two types: spells and non-spells.
Non spells are just regular attacks. You can beat them or time them out to progress to the next spell.
Spells are special attacks. If you beat them, they give you score based on the spell card bonus, which decreases rapidly and you can see it right below the spell name. However, if you time them out, you still progress to the next attack but do not get any score.
Unlike in Touhou, bombing or dying does not cancel out the spell card bonus. You just have to beat the spell.

Thank You for Playing.

Criticism would be appreciated, however I will probably not return to workshop in a long time as it is limited, and want to instead want to move on to actual game engines like unity.