It's not coming, so why wait?

Even after Blizzconline, it is not confirmed when Overwatch 2 is coming. Being able to customize your hero kit is gonna have to be delayed.

Introducing Overwatch 2 as a Free-For-All game, 7 players max. Out of 5 unique talents for each hero, you can select up to 3 to play with at once (this can be changed in the settings). Brawl it out in the map with varying talents for everybody, and different objectives that help spice up the gameplay.

When selecting a hero, you will be brought to a screen where you will be able to select 3 out of 5 available talents. After you have made your selections, hold INTERACT (default key F) for 1.5 seconds to enter the game. 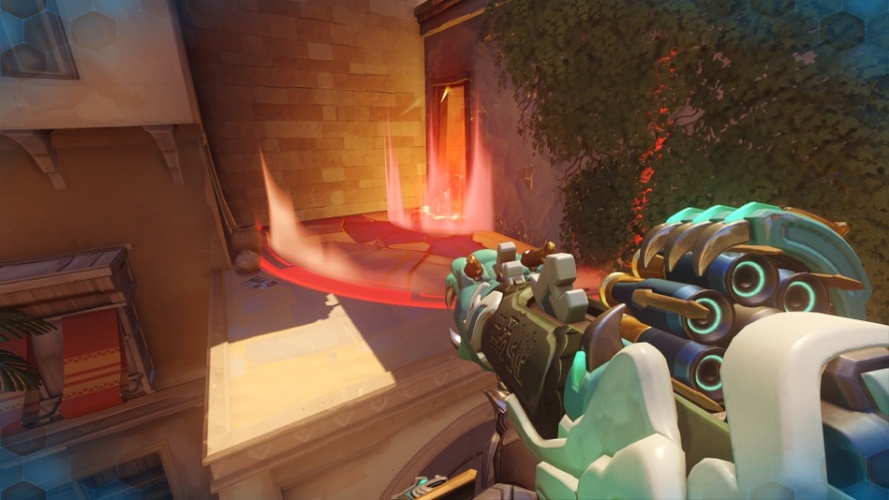 Note: It is recommended to start the game for the best possible experience! While you can have it waiting for players, the game will just be in a skirmish state and some objectives will not work. There is a voting system to start the game if enough players would like to play.

There is currently a limited map pool available for this gamemode, including:

More to be added soon...

There are 2 Loot Crates (Wrecking Ball bots) that are across the map. These crates are small and glow red. Destroying them gives you a random power-up, which can be activated by holding the Interact button.
If you already have a power-up at hand, you cannot pick up any more until you use the one you currently have in hand.

There are currently 11 power-ups available for this gamemode, including:

Aforementioned before, each hero has 5 different hero talents, and are able to select 3 maximum to help them fight. If you do not choose 3 talents, you will not able to enter the game.

Additional Changes: If both Steamroll and Orbital Strike are selected, A talent called Radar Signalling replaces Steamroll, which doubles the channel duration of Orbital Strike.

Additional Changes: If both Reverse Amp and Mashup are selected, Lúcio inflicts the opposite of both of his songs to enemies, regardless of what song

Additional Changes: Guardian Angel can be used to boost Mercy into her current moving direction. Resurrect can be used while dead to resurrect on the spot

Additional Changes: If both Head Trauma and Ground Zero are selected, A talent called Neva-Miss Targeting replaces Head Trauma, which increases the seek radius for the homing projectile.

Additional Changes: If both Melting Point and Dual Embers are selected, the fire damage from Dual Embers last twice as long.

LemonAid
This user is verified.
Admired

Other Codes part of Main Projects