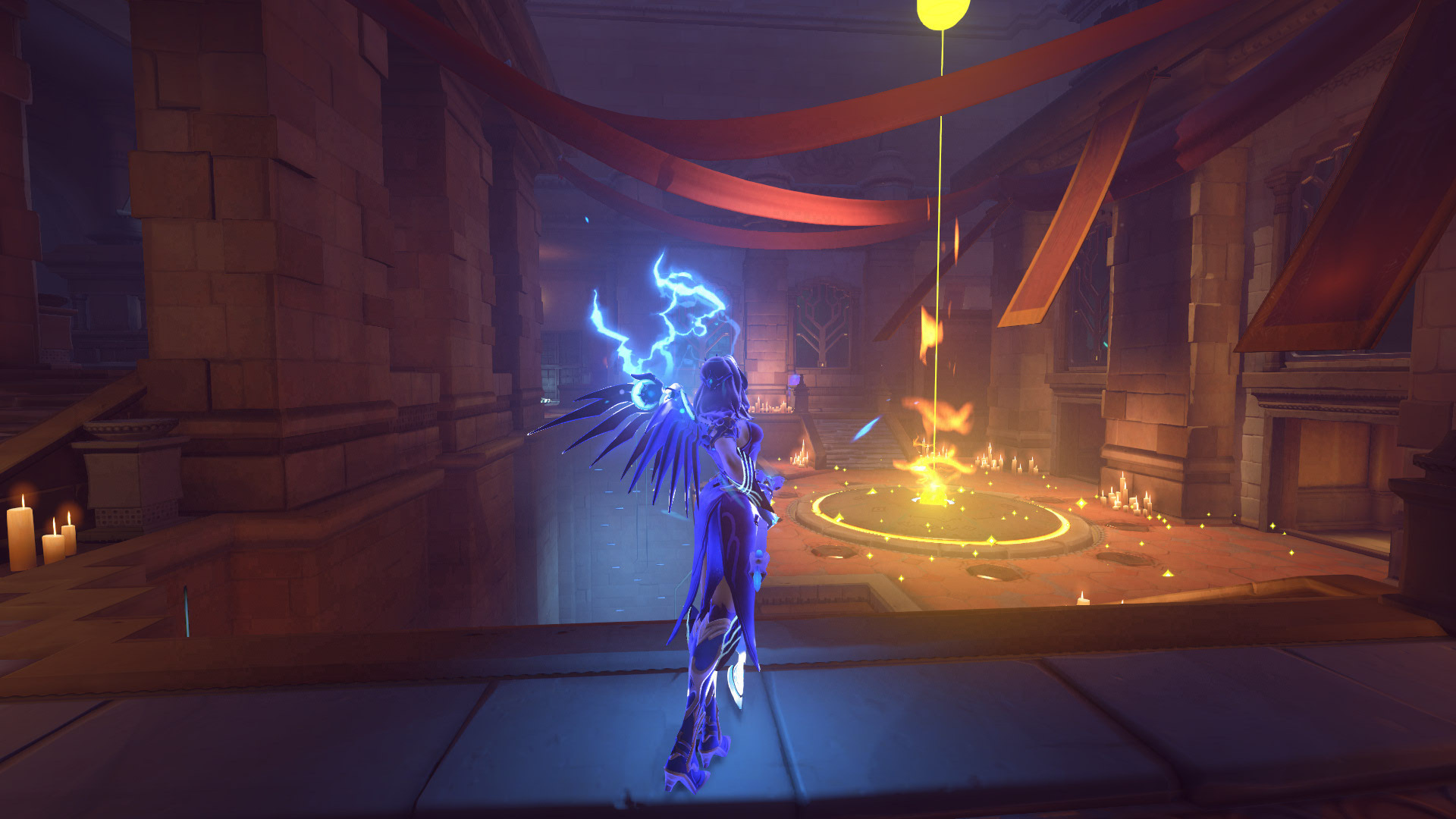 ♡ LORE♡ Motherearth: "An'she, Mu'sha, my Sun and Moon, allow your Wisps to teach these adventurers as I have taught you, and guide them along the path."
Unfortunately the Moon and Sun lost control after the void attacks. Now heroes need to tranquilize them to recover balance! 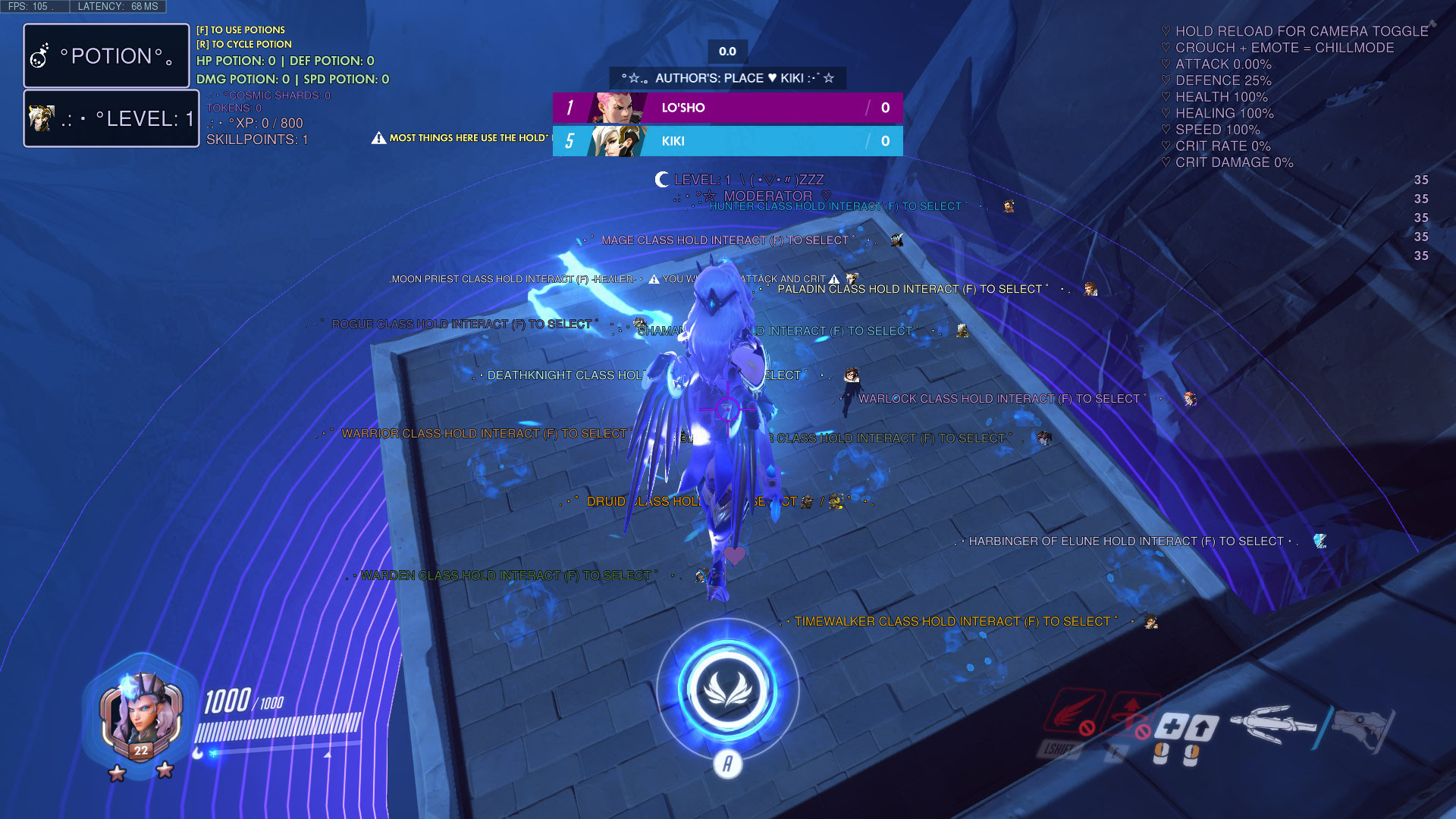 There are 4 bosses total, every boss except Lo'sho will get harder after each time they are killed, at level 30 you can raid Ashe - Ararias Thalas. In her fight you will find that there are power orbs located in her room, they will double your damage! 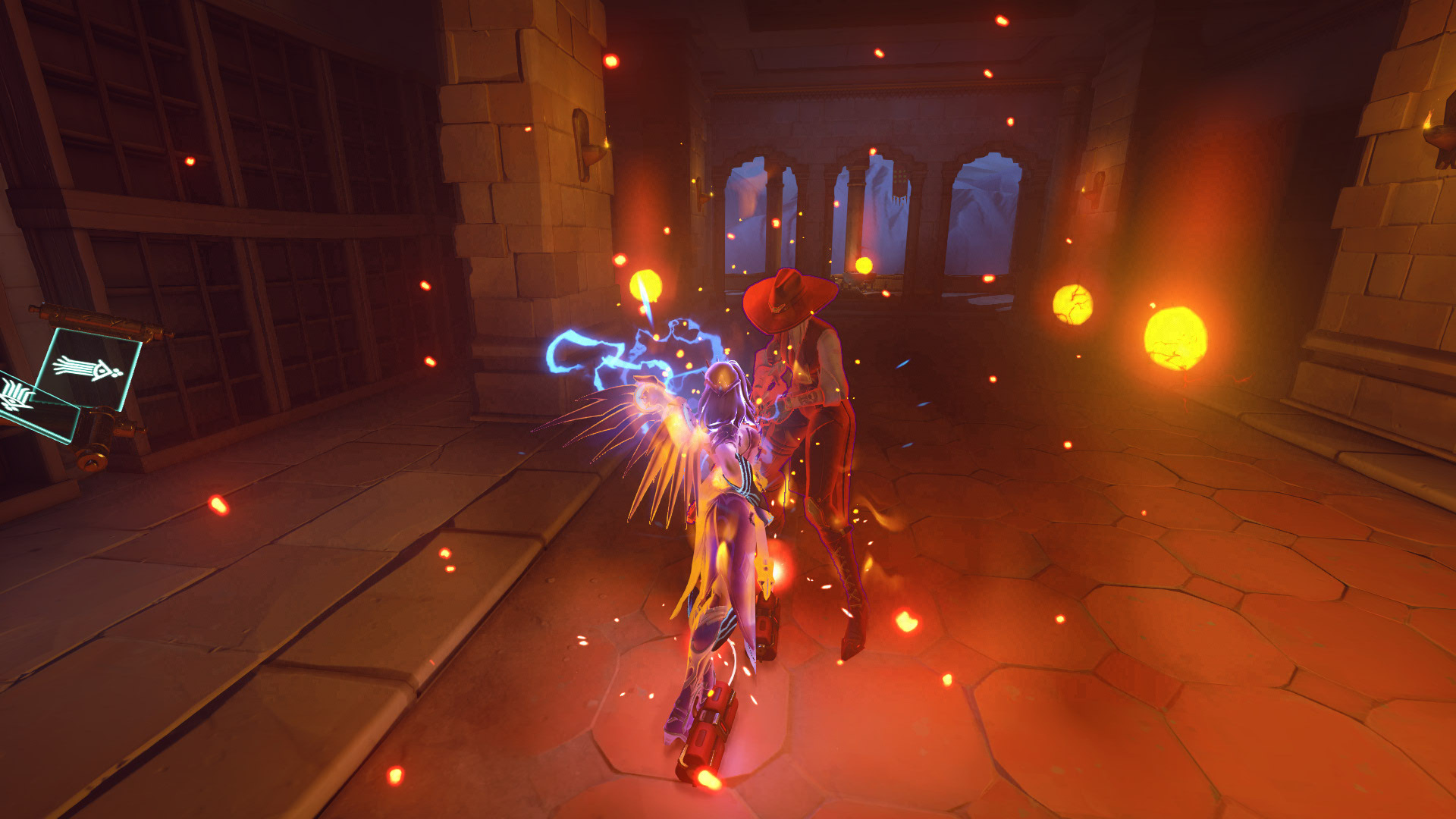 Lo'sho as Zarya is the second boss, the recomended level is 100+ although she is killable at any point, she is a black hole boss. The players summon Lo'sho - part of a quest to summon her as well. 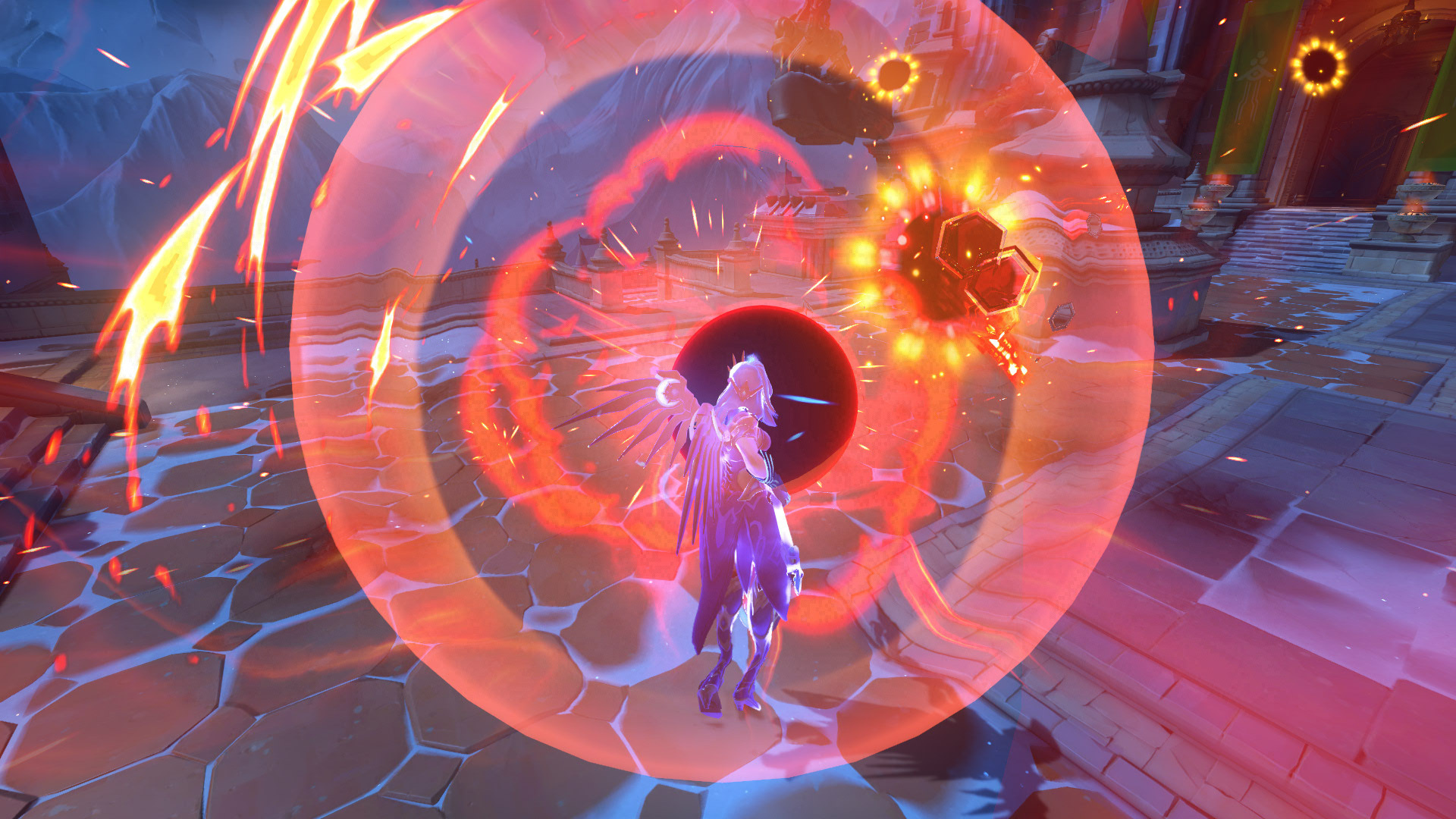 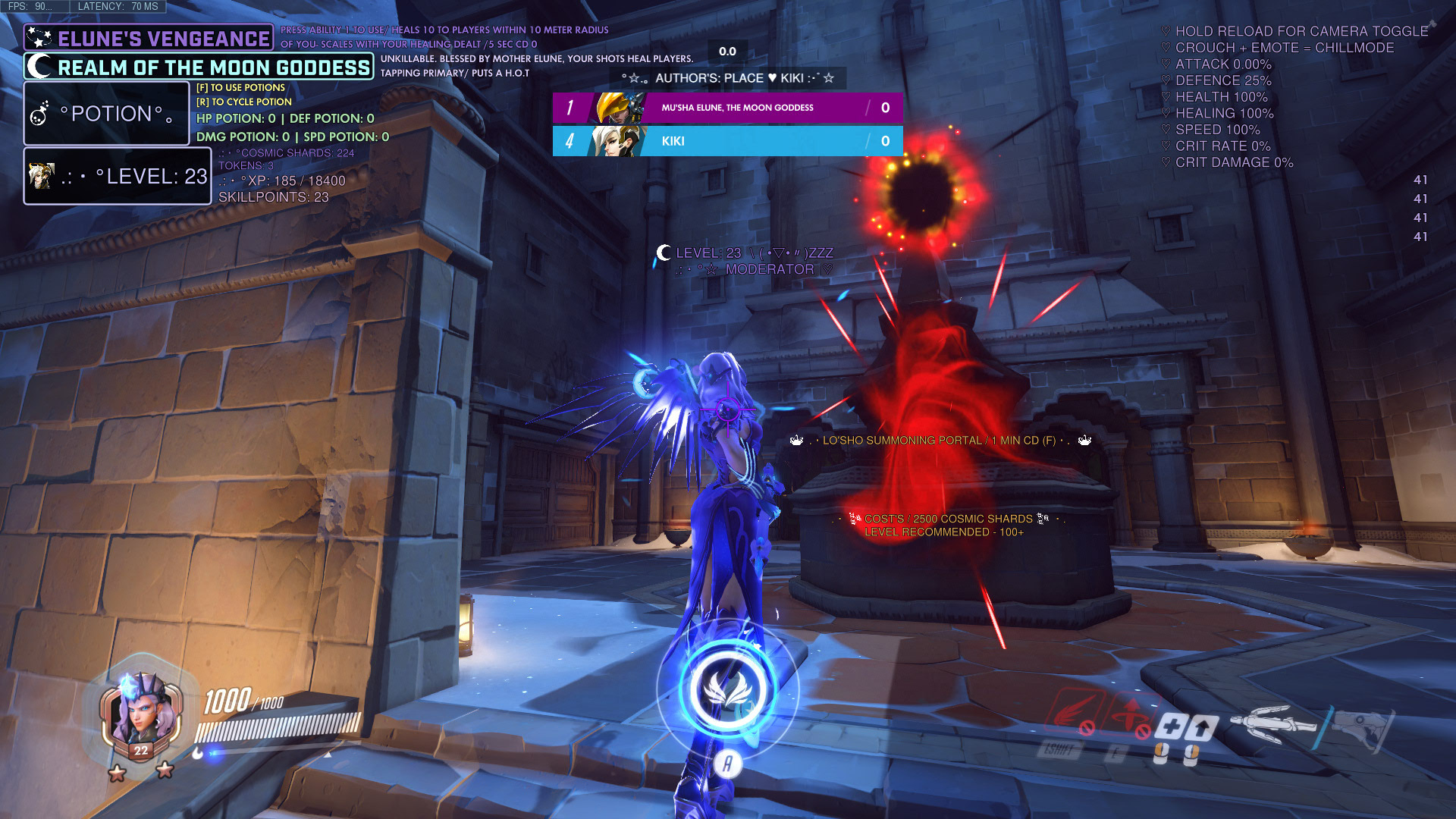 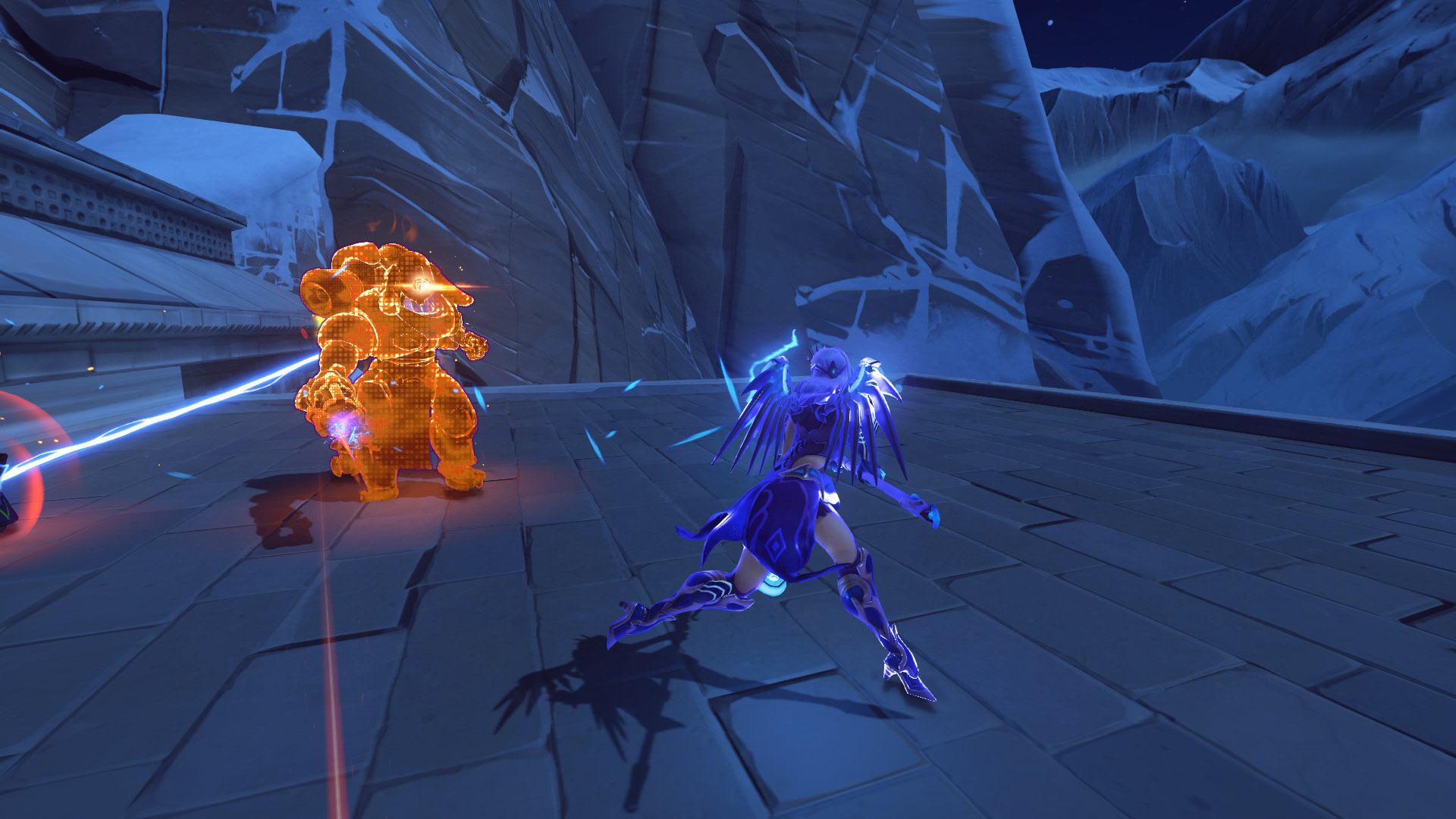 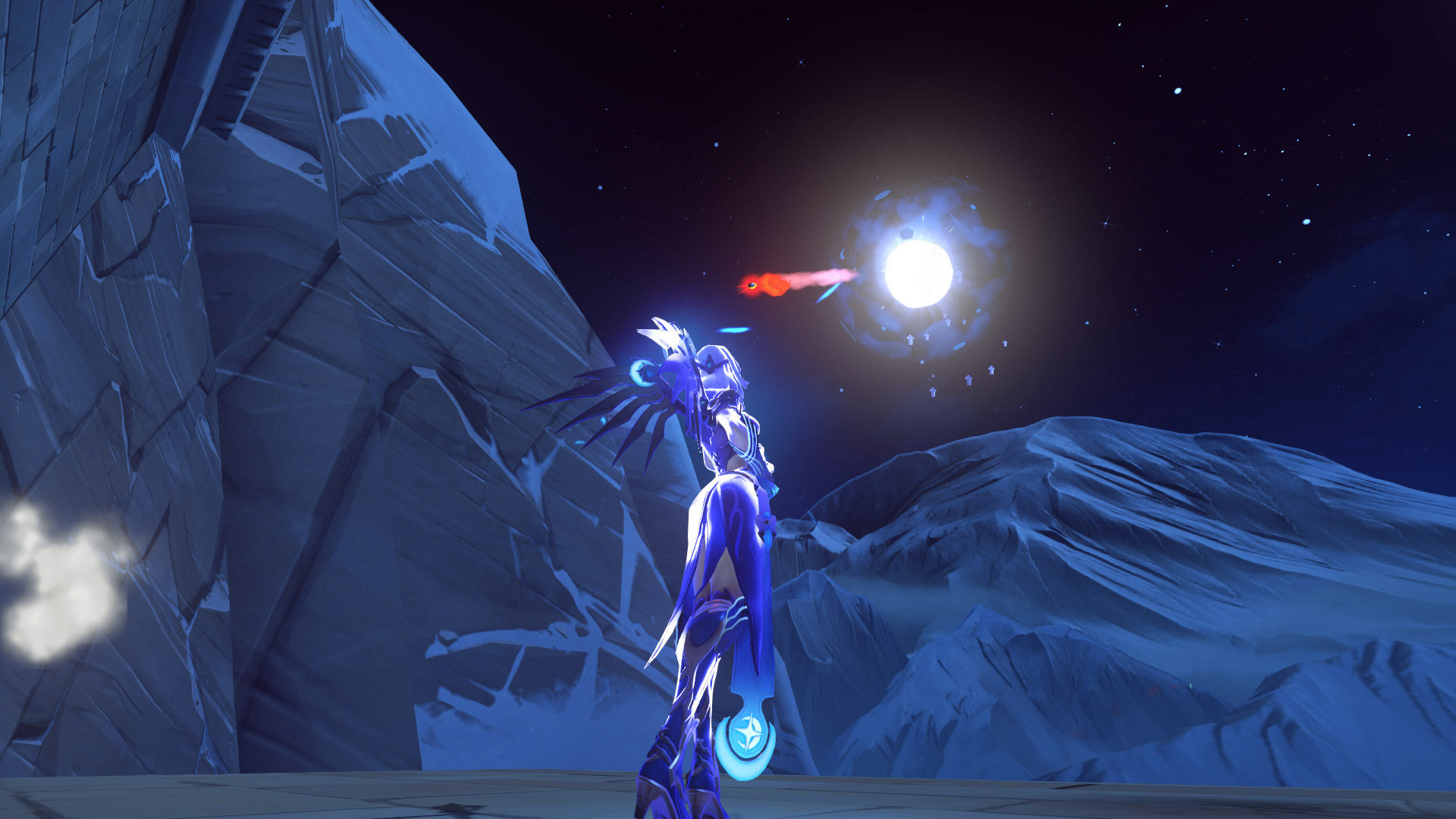 There are NPC's located throughout the map, they speak Darnassian and Thalassian. Menders whose job is to heal the players, and shop sellers and upgrade NPCs. They are Wisps of Elune and An'she, energy beings of the moon and sun, previous heroes who have passed who prayed to Elune and An'she 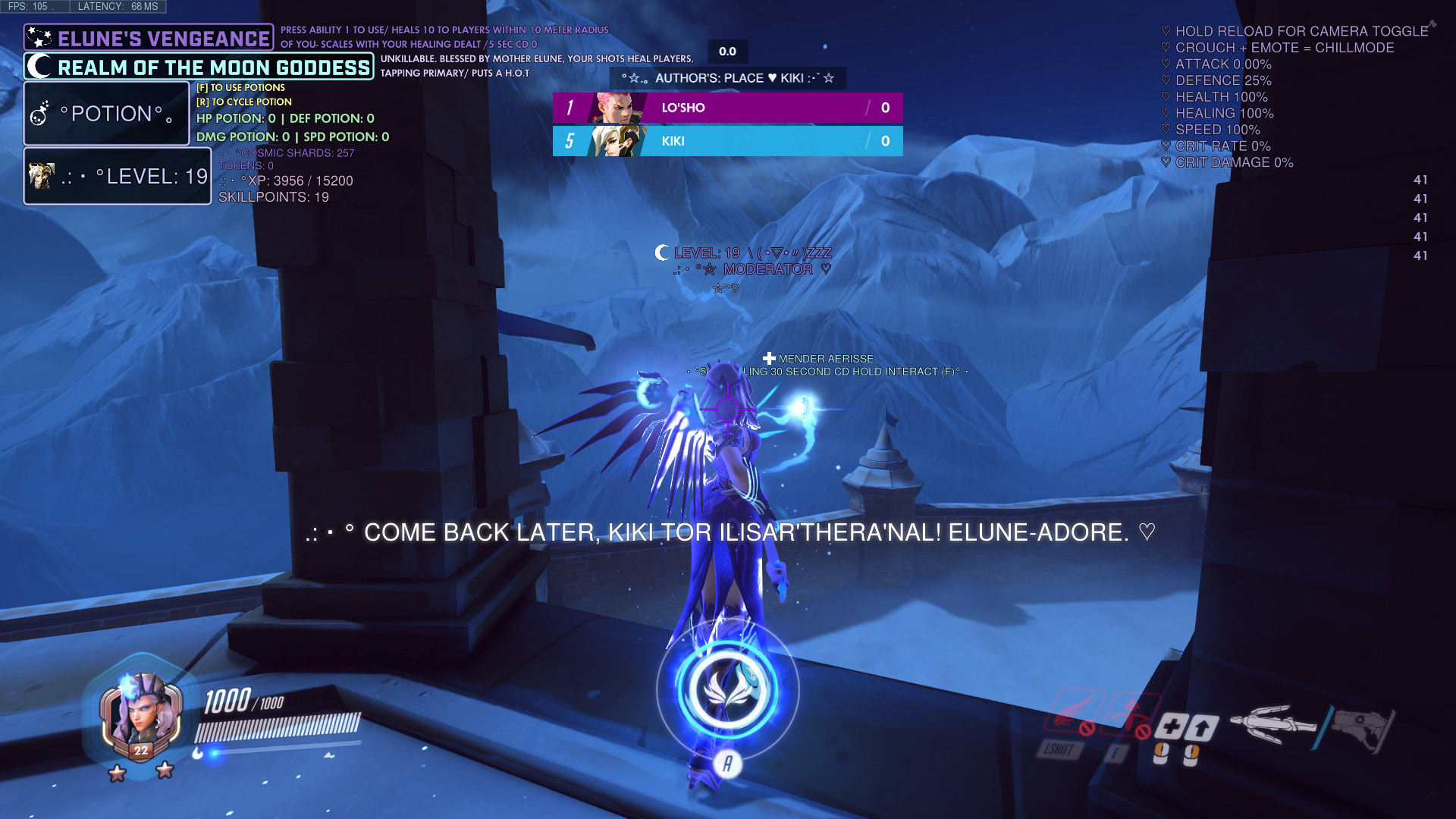 There is a Help and info room! After you pick a class the teleport is located on the pillows as seen in the image below. To leave the Help room use the blackhole located on the floor. 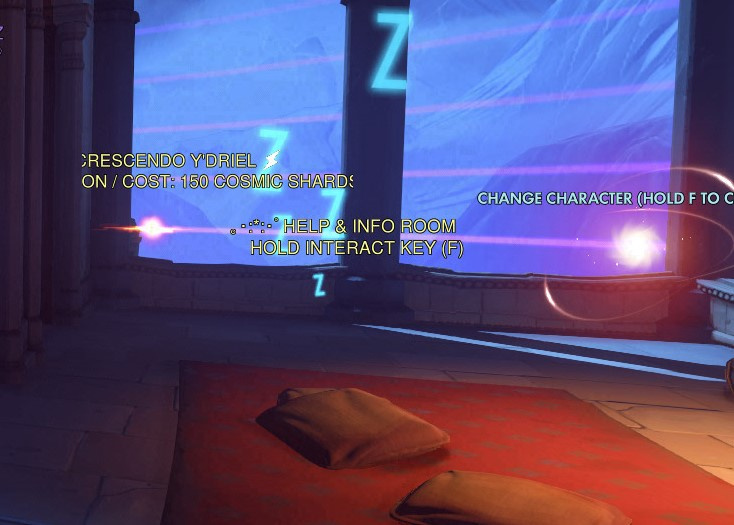 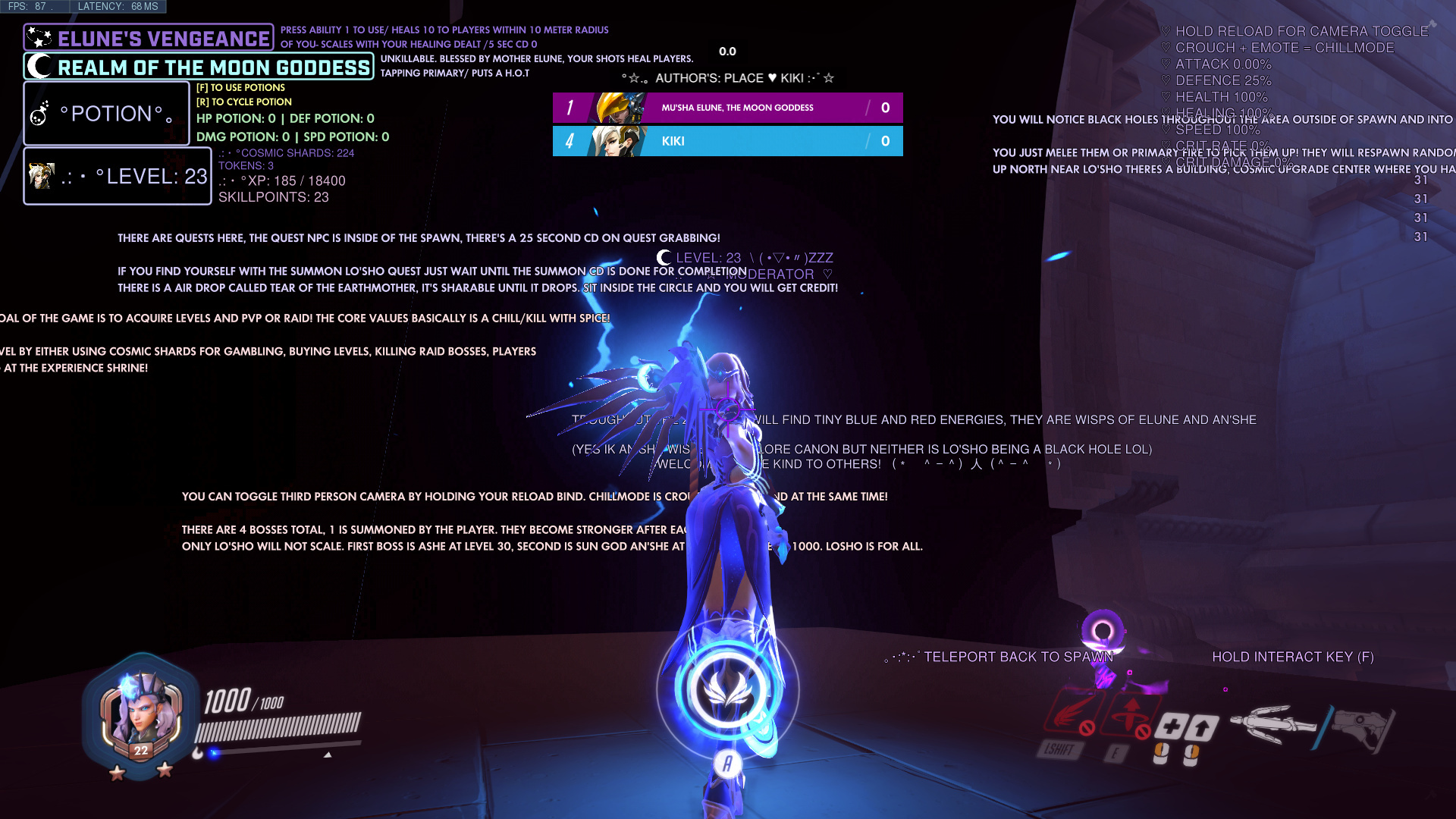 The experiance shrine is upgradable by players! 2000 Cosmic Shards for 400 more XP.
Each player inside the shrine takes half the experiance amount away, sharing it with the player. 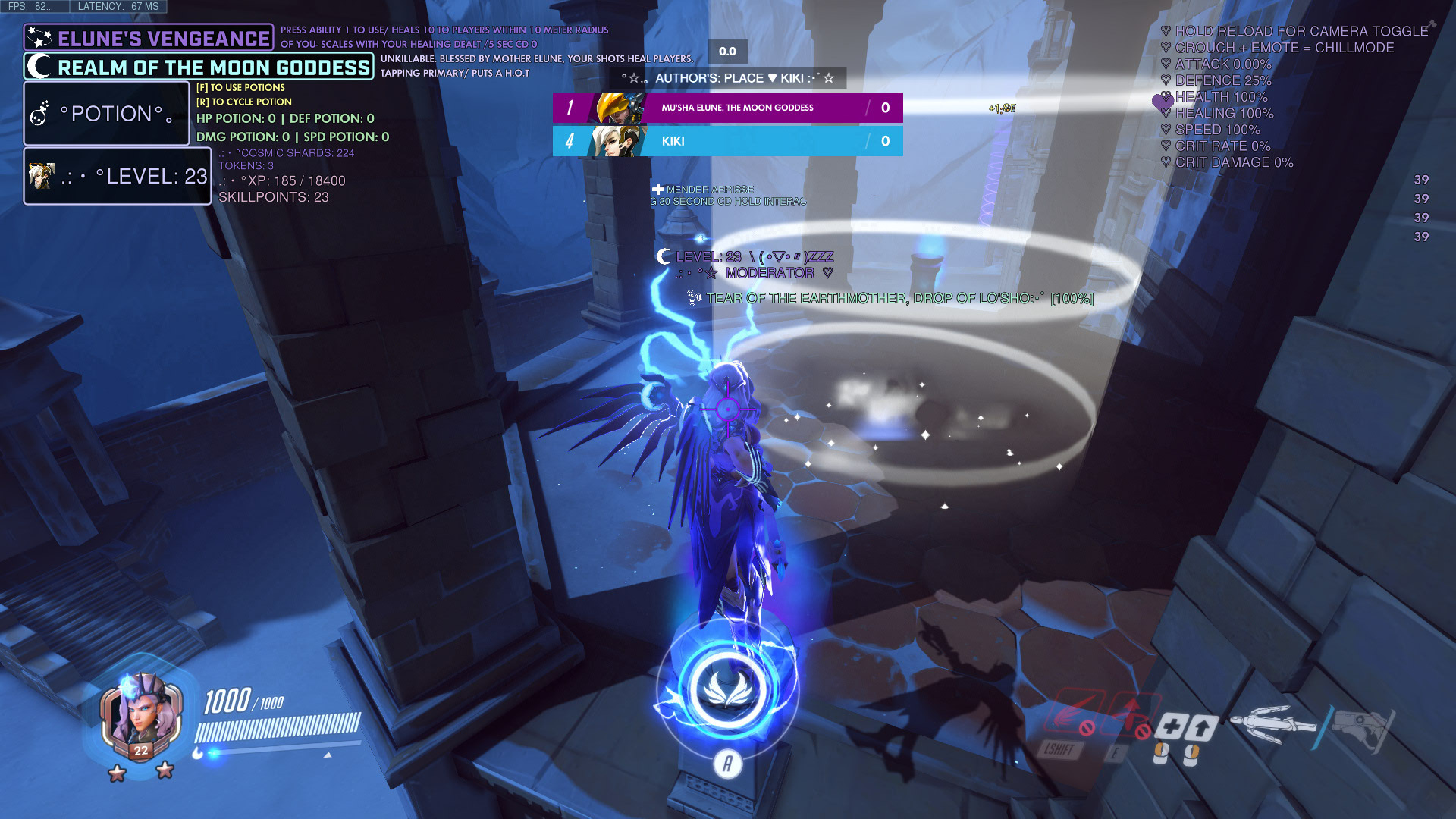 Throughout the zone outside of the spawn building you will find blackholes all over the ground, these are Cosmic Shards! The game's currency. Melee or Primary fire them to pick them up! They respawn randomly in the area outside of spawn and a little into the shrine. These are used to buy potions, levels, upgrade your Cosmic Shards siphon so you obtain more, and donating to the experiance shrine! 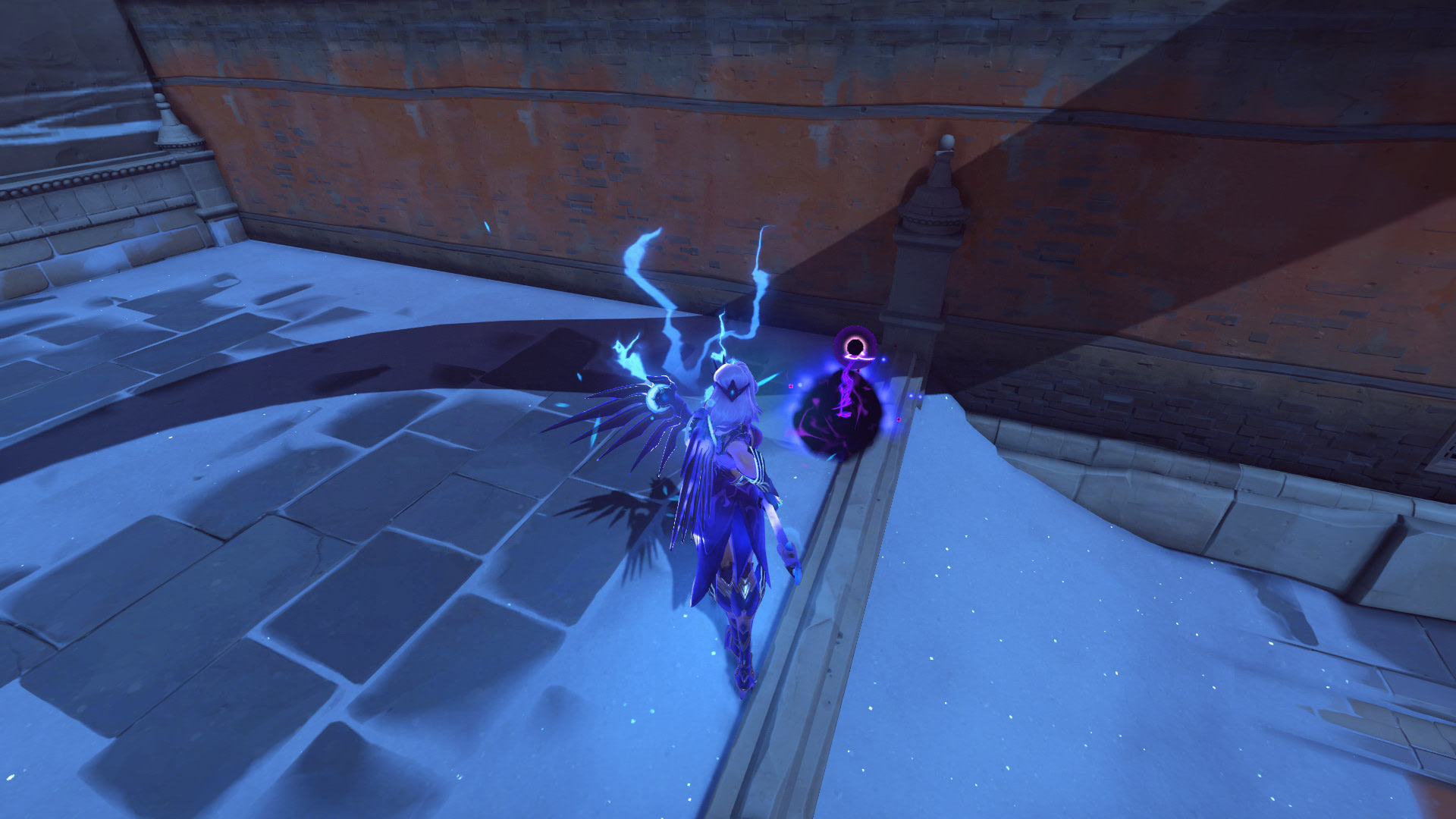 There is a quest NPC, he has a 25 second cooldown, and has 12 quests ( More soon! ) The reward scales with level! 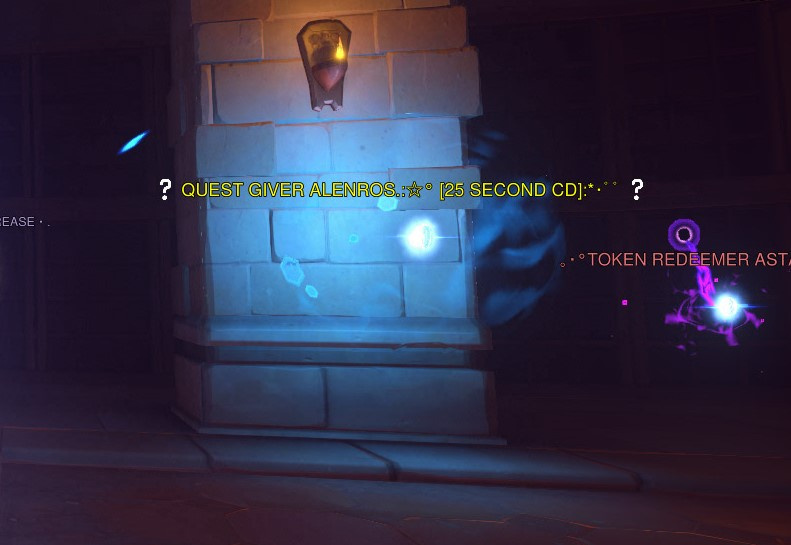 This game has both PvP and Chillmode for players who don't want to PvP or are AFK.

The bind is Crouch + emote Chillmode makes it so players are "phased out", unattackable and unable to use abilities except for mobility moves and melee for Cosmic Shard farming - Melee is disabled inside the experiance shrine for Chillmode users. You will know when a player has Chillmode enabled because under their name you will see - ☆°♡

Tokens come from Players and Bosses, they are basically levels. The NPC to turn tokens into levels is inside the spawn beside the quest giver! 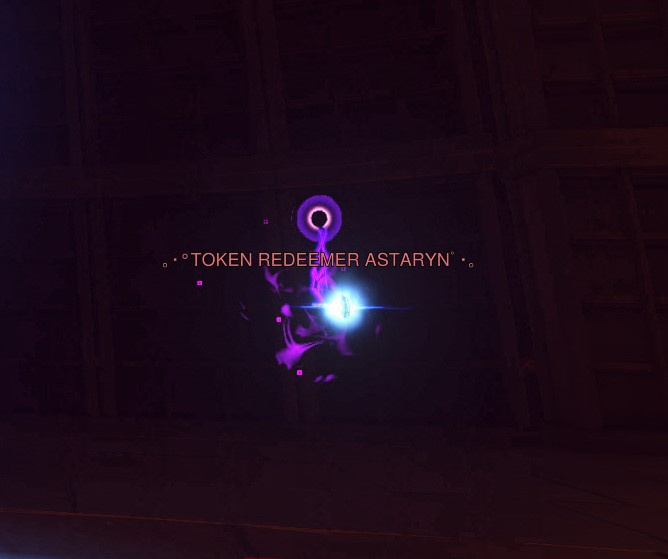 .:・°☆ If you have ANY questions feel free to add my battletag, if i don't answer right away it's because i'm sleeping lol Kiki#12273

I believe in kindness and respect, ANYONE who joins my lobby and is toxic, rude, racist, hateful and generally a horrible person WILL be perma banned. I DO NOT UNBAN

Treasures look like random glow effects. If i'm hosting, each game I will place the treasures in different areas! ♡
ﾟ+:ꔫ:﹤ New experiance shrine effects (it's a loop) also kinda difficult to capture the true effects because its a SS 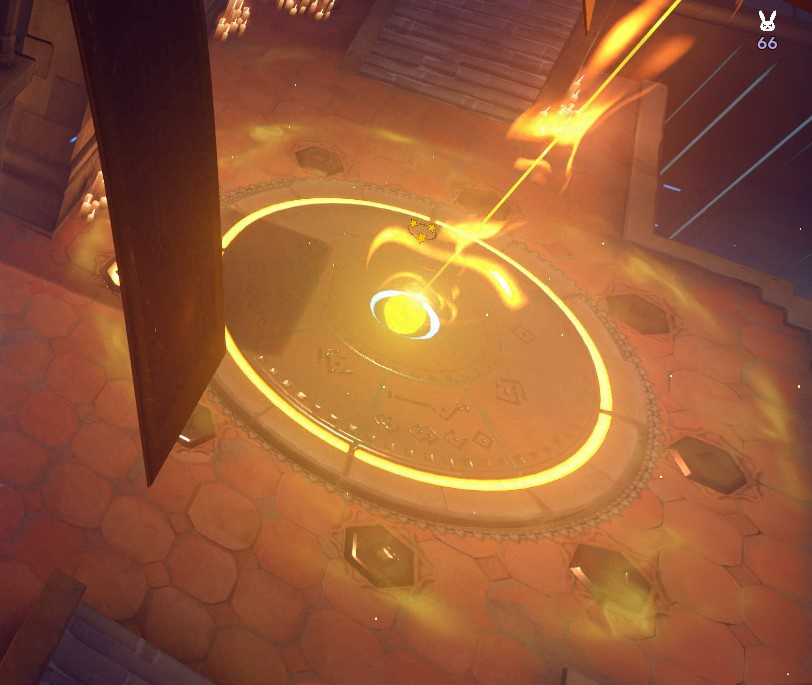 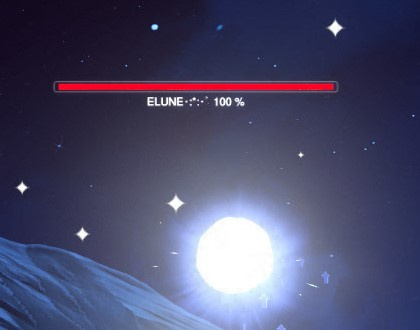 ˚*･༓☾ Mercy now will lose stats AFTER she leaves the stat room / spawn building. Helps with stability and gives time for players to consider going back to DPS.